What is AngularJS? and How can it make your Applications Better 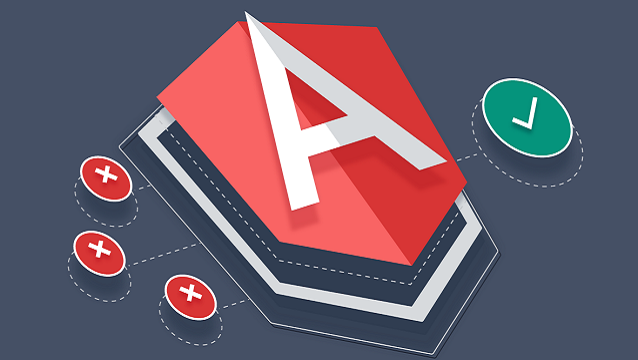 With too many marketing practices existing around the corner, finding out the real worth of products has become a tough task. Similarly, finding the right development tool for engineering an app is even tougher.

AngularJS is an open-source Model-View-Controller (MVC) framework which is like the JavaScript framework and is probably one of the most popular modern-day web development frameworks available today. 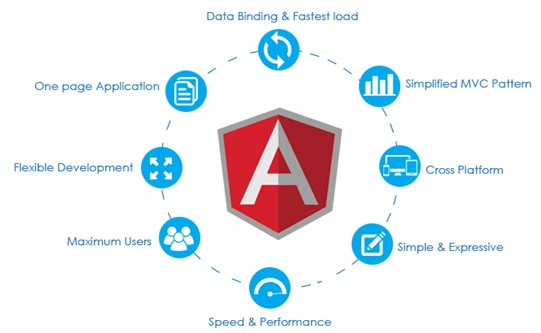 This framework has been developed by a group of developers from Google itself in 2009 and because of the sheer support of Google and wide community forums, it is one of the most widely used JavaScript frameworks and is always kept up to date with the latest development trends in the market.

It is mostly used for developing a Single Page Application (SPA) project in a very clean and maintainable way. Single Page Application is a web application that interacts with the user by dynamically rewriting the current page rather than loading entire new pages from a server. AngularJS provides data binding capability to HTML thus giving the user rich and responsive experience

Angular has everything that helps in making dynamic web app development easy. It has the following key features which make it one of the widely used frameworks for developing mobile applications.

The framework is built on the famous concept of MVC (Model-View-Controller). This is a design pattern used in all modern-day web applications. The general purpose of MVC is to separate functionality, logic, and interface in an application. This ensures optimum performance, better documentation, and offers multiple functionalities. It also enables clarity between the logic and presentation highly efficient. Which makes development easy and attractive.

Being an MVC Framework, it provides much more functionalities than other platforms such as “Reactjs”. It offers a strong opinion about the structure of the mobile application and how it should be. By using AngularJS you do not need to be worried about what routing library to use. It has all that by default. All you need to do is write code.

While writing the code, mobile app developers are not required to add all the libraries at a time and add some other extra modifications. However, it limits the flexibility offered to the developer by some other platforms while developing the application. Because you have to use only what AngularJS provides you.

Data-binding is how applications are organized. It’s the channel how data is allowed to flow through those systems. AngularJS uses bi-directional data flow which means data flows in two ways. For instance, if one element of user input is changed, the corresponding state of the model will also change, similarly, if there is a change in the state of the model, the UI (user input) element will also change. Thus data travels both ways. However, bi-directional data flow has some issues. When an application becomes very large when doing a lot of inputs, things become increasingly difficult to digest.

Filters are used to filter the data before it reaches the view and can involve something as simple as formatting decimal places on a number, reversing the order of an array, filtering an array based on a parameter, or implementing pagination. Filters are designed to be standalone functions that are separate from your app and are only concerned with data transformations.

Filters are so resourceful that it is possible to create a sort able HTML table using only filters without writing any JavaScript.

AngularJS uses very little code to produce the same results as compared to other platforms. Especially if your clients are small or medium-sized companies it is very important to be able to get things done quickly without having to write that much code. You don’t want to have to write 15 lines of code just to do something really simple.

Data models are simpler to write and are human-readable and. It can be freely modified and changed. The code written in AngularJS is easy to understand and is easy to maintain. What adds extra benefits is that clients are not required to stick with developers, they can change them when required depending on the problems involved.

Unit testing means one test for one thing. The goal of a unit test is to ensure that each part of the program working fine as an isolated system. As we know the controller can have many functions, and by using a unit testing feature we can test for one function checking only one functionality at a time. This is another reason that the AngularJS platform is referred to over other platforms because it provides easy unit testing.

AngularJS permits mobile app developers to code and develops the code separately from the rest of the app. Thus, the segments and modules that need to be tested can be processed while the rest remains untouched.  Angular’s unit tests can perform unit testing by injecting mock data into the controller and measuring the output and behavior. Angular already has a mock HTTP provider to inject fake server responses into controllers.

This beats the more traditional way of testing mobile apps by creating an individual test that invokes one component and then interacting with it to see if it works.

AngularJS is an open-source platform and has a strong community of developers. Community is a huge factor when learning any language. It’s developed by a far larger community of developers; it’s tested by a far larger community wherever it could be. It has a lot of forums and several user groups where they are available to answer your questions. Furthermore, it is constantly being updated with more new features and its active community provides more extendable and flexible support than ever provided by any vendor.

Another benefit of being open-source is that you free yourself from vendors locking. As an open-source platform, you are free to work with open standards with external components that are not provided by the vendor.

And on top of that, it’s free. Cost is the biggest factor for anyone who wants to learn a language or for an organization to use that technology to develop an application. With AngularJS, you do not have to pay anything to create your mobile application.

Whether you are an app developer or a client, it opens up a wide pool of options for both. Developers can easily figure out the appropriate solution for fixing issues and clients can select the development teams as required.

Mobility Driven and Growing the Internet

Changing something is the natural sign which signifies on any object. One of the concerns for AngularJS development was the ever-changing appearance of mobiles. AngularJS is well fitted to develop mobile apps with the advanced version. The advanced versions have featured the mobility driven approach for the simplifying development process. Developers are confirming for mobile-specific features including low memory consumption, touch support, and performance tuning. Mobile app issues can also be resolved easily with AngularJS.

The same thing intends to the web which is expected to improve and has changed since existed. Even if AngularJS past versions cannot work with web components like HTML imports, and shadow DOM, etc. The recent version allows developers to create custom elements and support for several web components.

The improved versions will even enhance the performance of the framework to a large extent. AngularJS originally developed for designers even though it fulfills the developer’s requirements. The developers are now able to use the framework for creating applications, for the same improvements required.

AngularJS uses HTML to define the app’s user interface. HTML is a declarative language that is more intuitive and less complicated than JavaScript. HTML is also less brittle to reorganize than an interface written in JavaScript, meaning things are less likely to break. Plus you can bring in many more UI Designers when the view is written in HTML.

HTML is also used to determine the execution of the app. Special attributes in the HTML determine which controllers to use for each element. Declarative approach greatly simplifies app development in a sort of what you see is what you get rather than spending time on how the program flows and what should get loaded first. You simply define what you want and AngularJS will take care of the dependencies.

DOM Manipulations and Behavior with Directives

Directives are Angular’s way of bringing additional functionality to HTML. Directives achieve this by enabling us to invent our HTML elements. By putting all our DOM manipulation code into directives, we can separate them from our MVC app. This allows our MVC app to only concern itself with updating the view with new data. One must remember, that all DOM manipulations should be performed by directives and not directly by the DOM.

AngularJS sees the view as just another HTML page with placeholders for data. This way of looking at the view pairs nicely with user interface designers. By abstracting out the DOM manipulations and jQuery calls, user interface designers can focus on the view without distractions. Web app development became more fun with AngularJS, by making your MVC app purely about presenting business data into views, and not have to worry about manipulating DOM.

Applying AngularJS is not an easy task. It requires a lot of depth observation about the technicalities of the framework along with extensive information about its strengths and features. AngularJS development includes features like custom directives and controllers that are not easy to master. With the newly rewritten code for AngularJS, one can expect a faster development process. It comes with lots of fresh updates to make the framework faster, smaller and easier to use.

AngularJS is for sure a clear-cut winner in the present time owing to such immense benefits, but one must consult the right mobile app development company or experts before proceeding with mobile app development. Building mobile apps with AngularJs, you would ready to begin from scratch and experiment with every component of the apps without any struggle.

Having lots of benefits in your pocket, especially for mobile application development, you can develop a mobile app easily with fewer efforts. The framework has improved so much that a front-end developer can develop a mobile app using AngularJS. It helps in extending HTML templates, enabling us to use an advanced approach in managing the components. It has fewer manipulations of JS and HTML and adheres to its basics, thus helping to deliver better stability. The modular approach aids developers in segmenting code parts, simplifying testing, updates, and maintenance activities. AngularJS can be easily added to an HTML page via a simple coding script.