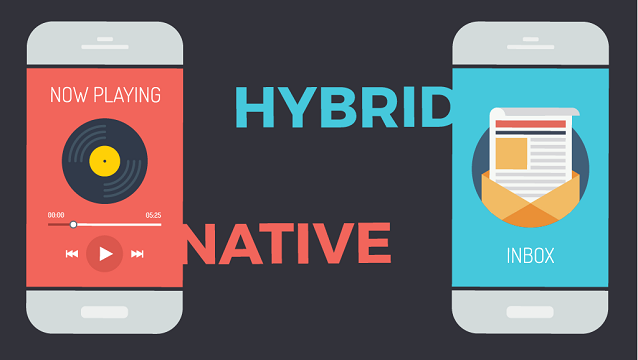 This article will discuss the differences, pros and cons of Hybrid and Native mobile based applications. So, that we can decide the best way for mobile application development.

Hybrid apps are those apps which are built using web technologies like HTML, CSS, and JavaScript. The hybrid app runs in webView means a view that displays web pages, which uses the same engine of the browser but not the browser like widgets. Hybrid apps could be built for any platform from a single code base.

Hybrid apps are native apps only because it can be downloaded from the platform’s app store like native app. Hybrid apps can have access to all the native platform features.

We will talk about the pros and cons of Hybrid apps: 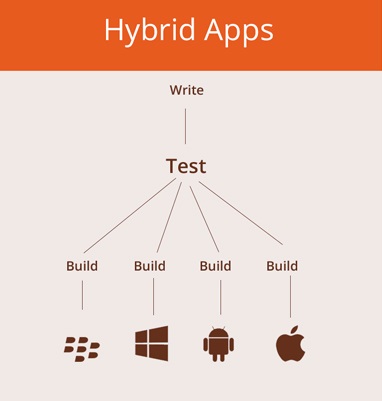 Here are the pros of the Hybrid apps :

Cost of the App

A hybrid app is way cheaper to create than a native app. Depending on the order of your app project; you could end up saving twice or thrice of the cost of the app on developing a hybrid app over a native one.

Hybrid apps are typically much faster to build and launch if you stick with the basics and not try to add a lot of custom features.

If you stay on the basics, it’s a matter of translating your web code for Android/IOS platform using a hybrid app framework.

The most common hybrid mobile app development platforms offer a range of plug-ins that allow you to access features on the device, including gestures, camera, and contacts.This means you can give a more native-feeling app experience on a hybrid app.

A Single code base is enough for all the platforms. It means write once and run anywhere unlike native app scenario, we need to build and maintain separate app and code for every platform.

Maintaining a hybrid app is as simple as maintaining a web page, and it can be done as often as needed.

Hybrid apps will also typically be slower as each element has to be downloaded. That’s why one should make sure to keep your app simple and avoid custom features. In-browser caching is available in HTML5, but it is still enough limited than what you can get when you go with native apps.

As the hybrid apps rely on plug-ins, you might not be able to incorporate all of the built-in features which a user’s device offers.

Since you’re relying on someone else’s code, plug-ins may not always be available or may be unstable or out of date. You may even discover that you need to compose your own, which can invalidate the point of selecting a hybrid app over a native.

While the benefit of a hybrid app is only developing a single codebase for all platforms, you will possibly find that some features or designs are not supported on both platforms, which requires you to make modifications.

The user experience is not the strength of hybrid applications as the interface for both Android and iOS platforms have to meet somewhere in the middle. For example, if you focus too much on the interface of the app according to the Android platform then the experience will be worse on IOS.

For the two major platforms, that is Java for Android and Objective-C or Swift for IOS.

Native apps can use the camera, the GPS, the accelerometer, the compass, the list of contacts, and so on.

Native applications typically have better performance with animations and then hybrid apps.

Graphical Applications, intensive animation applications, and High Definition games might perform well as a native app because Native code is still faster than JavaScript and HTML. 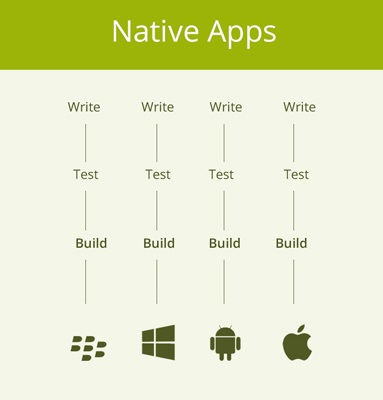 We will discuss the pros and cons of the native apps here:

Here are the pros of the Native apps:

Hands down, the superior user experience is the best reason to opt for a native app.

> Native apps are way faster when it comes to user experience.

> Native apps are more reliable in the case of UX.

> These apps are more responsive than hybrid apps.

> These have a strong feature set.

If one of your priorities is providing a better user experience to your users that is consistent with the OS and with the preponderance of the other apps available on that platform, then native apps are the way to go, unlike hybrid apps.

A native app is the best choice if your app must work when there is no connectivity. Content and images are stored on the device, so nothing needs to download when the user launches the app.

Native apps can be used offline depending on the app’s functionality, and speed of the app is not impacted by slow server connections or other likely website issues.

It may not matter if you have a banking app showcasing a static screen, but for gaming, video editing, visualizations, or any other sort of applications where fast performance is important, native apps come out on the top of the list.

Creating a native app is the only way to guarantee your users a reliable data protection.

Native apps can be more secure for many reasons:

> Implementation of the two-factor authentication is easier. And that makes it so secure, unlike hybrid apps.

There are much better testing and debugging tools and environments available for native app development. Recognizing and correcting a problem in a hybrid app can take much time.

Following are the cons of native apps:

Native apps are more costly to build and deploy, as it requires more specialized talent and you must develop multiple versions of your app for each platform and that obviously takes more time and money.

This kind of app takes more time to be built. If you need apps for both of the platforms and need them quick, you better think about simultaneous development.

You can expect it to take 4-6 months or more to develop and deploy a native mobile app.

However, if the aim is to get it right the first time then more initial build time is worth it.

Plus, native app developers must account for a range of devices and components, known as Fragmentation of devices.

And you require a different skill set to develop and maintain the same application on each platform which obviously adds to the cost.

If you are building simple and content-oriented projects than Hybrid Application Development is a perfect choice. This is also can be a good choice if you are on a tight budget or you need to create an app for both platforms within a limited timeframe.

But if the priorities for your app are custom features, efficient performance, good design, and reliability then you must go with the Native Application. The mobile app developers is India are working in both types of application to produce amazing play store applications.