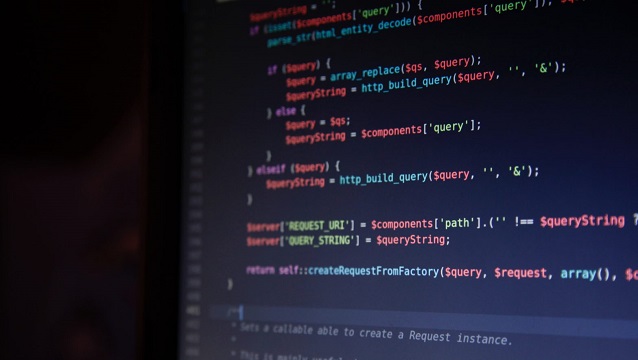 There are many programming languages out there used by the developers for web development purposes. Some of them are very modern and innovative languages. Modern startups like to invest their time in those programming frameworks such as NodeJS, Angular, React, Kotlin, Python, etc. That makes people think that PHP is an old school language and should not be used for development. That’s not exactly true. Every language has its own strengths and weaknesses.

Therefore, It’s very important to look up the use cases before choosing any language for the development. If you want to make an Android app you should choose something like Java, JavaScript, or Kotlin. Similarly, if you like machine learning or deep learning things, you should choose something like “Python” or “R”. But if you really want to develop an effective website, PHP should be your first choice.

PHP is an open source server-side web programming language. It’s a web development specific language. PHP was written from the very beginning with web development in mind. Furthermore, the combination of PHP and my SQL is still one of the most rock-solid combinations ever in 2019. One cannot avoid the fact that WordPress is made up of PHP and MySQL. Considering the number of active websites at over 170 million, around 75 million are using WordPress and around half of those are being hosted on WordPress.com

With PHP, it’s quite easier to find a job, quite easier to deliver the project to the client. And especially, once you understand the PHP the whole new world of WordPress including the WordPress customization, WordPress theme development, WordPress plugin development, and variety of other things open up into your programming box. Once a developer becomes a PHP developer, it’s rather easier and faster to switch to other frameworks, and multiple other languages as well.

Let’s look at some of the reasons that make the PHP developer’s first choice for development.

PHP is designed for used with HTML. It can be embedded in HTML, or we can use it to generate HTML. When working with HTML, you are already familiar with having .HTM or.HTML at the end. PHP works exactly the same but putting PHP at the end. The PHP tells the web server that this file contains PHP code that needs to be executed. PHP provides much more flexibility than HTML does on its own. HTML pages are static by their nature and all the visitors to a web page see that same page all the time. Whereas PHP It lets you build dynamic pages. You can think of PHP as a turbo charge for HTML

PHP is an open source platform and its source code is available for everyone. And anyone can use it for their study or modify it as per the requirement of the project. Also, developers can create improvement the way it works and submit it for consideration. And its free software, which means it’s free to download and free to use. Nothing to purchase or to pay a license or a royalty fee. It reduces the cost of development and most of its associated software like Text Editors, MySQL and Apache Server are also available for free.

The important point is, just because its open source and free it doesn’t mean its inferior or it’s not as powerful or stable as other languages that you pay for. Big sites like Facebook, Yahoo, and Wikipedia use PHP.

PHP has a lot of users. It is estimated that over 20 million websites use PHP. Therefore, it has a large active developer’s community. And due to their valuable contribution, new functionality meeting the emerging needs of businesses pops up regularly and costs nothing. Its community also offers great technical support and is continuously updating the core functionalities.

PHP is a cross-platform language to develop, deploy, and to use its contents to other platforms. By learning a PHP language, you are not going to be tying yourself to a specific piece of hardware, or an operating system, or a vendor. That means you can put PHP on a Windows server, on a Mac server, or even on a Linux server and run the same PHP code without any problem or any differences. You can send the results of your PHP code to the user’s browser HTML. So it doesn’t matter what computer type they are using. They don’t need to have any kind of plugin or anything installed in their browser to be able to view your website.

Since PHP is an embedded language, it can successfully be integrated with JavaScript, WML, XML, and other programming languages without having any problems with browser exposure. And that’s the reason PHP is mostly chosen for developing cross-platform applications.

PHP uses very little code to produce the same results as compared to other languages. Especially if your clients are small or medium-size companies it is very important to be able to get things done quickly and without having to write that much code. You don’t want to have to write 15 lines of code just to do something really simple.

PHP uses syntaxes that are human-readable and is written in a consistent and distinct manner. Therefore, it can be freely modified and changed, very easy to maintain by any team, and are not obligatory to the one who developed the project.

By default, PHP also provides one to one correspondence between URLs and files. That makes easier for the programmers, to edit and create web pages. which is very useful, especially in the case of large and static websites with hundreds of content pages with different templates.

Deployment means getting your website up on the server. Especially as a beginner, you might just think you can open a simple hosting account and you are ready to go out of the box, getting up and running on the server. Well, it’s not that easy with other languages. Other languages get far more time and cost to get set up and running. Those are the deployment issues. On those lines, PHP is better than python, NodeJS, Microsoft, Java and many other languages out there.  It is a really quick and fast way to be able to go wherever you want.

PHP development syntax is very similar to that of C, Java, and Perl. Small details are going to vary quite a bit but the structure of logical expressions and loops, those types of things are familiar to everyone with programming experience in one of these languages. You don’t need to have a thousand different configurations. In other languages like Java, .Net frameworks, there are a lot of configurations you need handle in order to just get one line of coding or to get a simple thing done. Unlike other languages, PHP is very direct, simple, and easier to learn without any complexity involved.

PHP is designed to work well with other platforms and so working with HTML and URLs are built-ins in the PHP language. This makes it direct, concise and easy to make the website. And to make things even better it has extended the standard library to simplify and speed up the data processing ability of the language.

There is a substantial number of job market out there for both big and small businesses, freelance and full time that revolves around PHP. PHP scope of work is nearly 15 to 20 times more than any other programming language. Speaking of WordPress, it is massive and it is PHP. Out of 170 million active websites, 35 percent of the websites use WordPress. Getting yourself into the WordPress echo system is something you are more likely to do with PHP. And that just WordPress. Think about other areas, its versatility and compatibility with other platforms like HTML, Unix, Linux, Windows, Mac, etc. most of the big companies like Facebook, Yahoo, eBay use PHP on their websites. And that is why finding a job with amplified knowledge of PHP is still super easy.

In terms of performance, most users nowadays abandon the website which takes more than 3 seconds to load. It is a real challenge for the developers to find ways to gain websites loading speed to keep the visitors engaged. PHP achieves this by its engine called JIT (Just in Time) which compiles the PHP code into machine language for better engaging results.

It is one of the most flexible web programming languages. It allows developers to be able to make changes to their code, easily add new features or functionality during different stages of the development. Changes can also be made to modify or to add new features to the website in the existing code.

A great advantage of PHP is, its code is compatible with other major platforms like Unix, Linux, Windows, Mac, etc. It also supports more than 20 databases like MySQL, MongoDB, etc. and servers like iPlanet, Apache, Netscape, Tornad, Microsoft, etc.

The growth and popularity of PHP and its framework in the industry have been phenomenal in recent years and are still growing. The highlights of PHP are its scalability, flexibility, compatibility, cost-efficiency, simplicity, and user-friendliness. It really depends upon the use cases where it is mostly used right now, what kind of problem you want to solve with it, and what kind of project you are working on.

Whether solely or in combination with other technologies, PHP is active and one of the most popular languages around. From simple to large marketplace, it is suitable for the development of web projects of any type. There are other good programming languages out there. But, the big companies like Facebook, the largest social media group is running on PHP, not to mention companies like Yahoo, Wikipedia, Tumblr, eBay, DailyMotion and a lot others are using PHP on their websites. And that’s the choice that differentiates a good programming language from a great one.

Aalpha has a highly experienced team of PHP Developers, if you are looking to outsource, you can directly hire developers on full time basis.