Here’s Why Kotlin Holds the Future for Android App Development 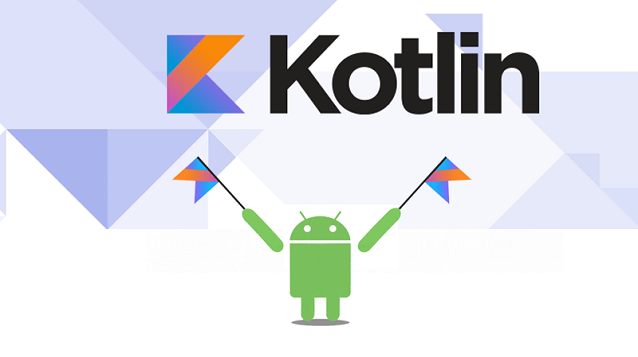 In the year 2011, a software development company known as JetBrains came up with what would become the forefront in Android app development. Kotlin is the name awarded to the language whose evolution begun in Russia in a bid to counter the limitations imposed by Java on some of the company’s products.

The wide, already established Java code base did not give the developers at JetBrains a large area to wander with ideas as they had to find a language within the Java compatibility space. At first, Scala seemed to be the right fit but its slow compilation speed and poor IDE support became inconveniencing to coders.

Kotlin, on the other hand, turned out to be the very solution to the hiccups that Android app developers have had to contend with over a long time. Developed to function on the Java virtual machine, this open source language displays its pragmatism by putting together functional programming and object-oriented features.

Be sure to check out the key differences between Kotlin and Java.

The development of Kotlin was not without challenge. Initially, its programmers were faced with difficulty in finding an agreeable solution to the type system’s nullability. However, after several instances of trial and error, the development team found a breakthrough with the right sequence of platform types.

Why All the heat?

It seems that the only thing that remained for Kotlin to take its place in the Android app development space was an endorsement from tech giant company- Google. Indeed, in one of its developer conferences (I/O 2017), Google made public its support for Kotlin as a top programming language for Android applications. And what better way to spell this out than to program certain parts of the Google app in Kotlin.

Considering that Google owns Android, it would be detrimental to the tech giant to adopt something that didn’t work to the benefit of either of its child companies. The team over at Android has described Kotlin as “expressive, concise, extensible, powerful, and a joy to read and write.”

It is safe to say that this language was developed out in the community. Right at the needs of the developers. The tool entails the very features that weren’t available to them with Java.

Its capability to work with the current Android languages has made it possible for developers and brands to write and rewrite most Java apps in Kotlin. Popular apps in this category include Pinterest, Evernote, Basecamp 3, Coursera, Netflix, Twidere for Twitter, and more.

The following benefits bring to light why Kotlin is the future of Android App development:

Like any other open source project, Kotlin offers high-quality development from beginning to end. JetBrains saw to it that this was implemented by allocating a slack team to assist developers with their coding concerns.

An evolutionary process that ensures its reliability

As seen in the first part of the article, developers at JetBrains came up with Kotlin specifically to meet the programming requirements that didn’t exist in Java. Despite the language gaining popularity outside its walls, the sole purpose for which it was created never changed.

The mere fact that the parent company uses the language for its products gives them a reason to facilitate its advancement every now and then. Add Google to the equation and you’ve got a double-edged sword.

The Android development process made easier

Kotlin remains the most powerful programming language that has a simple interphase. Java and Scala’s suitability as perfect android development tools has been undermined by a few factors such as slow compilation time and raw types. In coding, these issues, however small, make the biggest difference.

Development is all about coding. The quality of the end product all comes down to the integrity of the basic code. Minimal errors in code assure authenticity together with a faster production rate.

It is a full-grown language

Up until 2016- when it was first officially released-  Kotlin has undergone several refurbishments in its architecture and has grown in features, its own and those from counterpart languages. In the five years that the language had roamed freely, it found use in several projects both within JetBrains and outside.

Kotlin’s developers have used customer and in-house feedback to modify and retouch the language, molding it into the Android development tool it is today.

The new outdoes the old

Technology is ever changing. Concepts in the technical space never remain the same for times exceeding ten years or less. It’s no different with Android development. Java’s never-ending domination in the programming sector is soon set to come to an end. After all, the language becomes obsolete with each passing year.

Its developers over at JetBrains did their best to keep Kotlin as simple and easy to navigate as possible. This was the idea- to develop a language similar to Java, only simpler. Sure, Kotlin contains elements absent from its counterpart, but these can easily be learned too.

This simplicity in the understanding of the language leaves little room for error and inspires the creativity to do things differently.

It is a fast Android app development language

Kotlin’s integration with Android studio quickens its execution time. It takes some 10 minutes or less for a project written in this language to run, even if it’s running for the first time.

Nulls are a ‘non exist’ feature in Kotlin. Therefore, little to no possibility of error exists when working with it. This is in comparison to Java’s Null Pointer Exception which makes 90% of all errors. 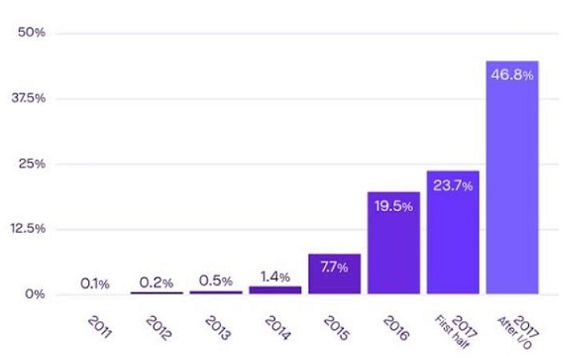 More and More Businesses Continue to Settle for Kotlin

Every step a business takes aims at improving its very productivity. The fact that a relatively large number of enterprises have adopted Kotlin for their development needs puts to truth the language’s increasing influence on the market.

Also, Google’s involvement with JetBrain’s product has dismissed any fears businesses may have had concerning the language… and who doesn’t want to be associated with the name ‘Google’?

Another reason why businesses are gravitating towards Kotlin is the low amount of time it takes for companies to learn and get used to it. This is a real plus taking to account the value of time in the corporate world. In addition, Kotlin-run projects are generally cost-effective when it comes to development and maintenance.

The expansion in the ecosystem of the programming tool opens Android app development to a lot of people. Pretty soon, finding a Kotlin developer will not be any much of a hustle.

To sum it all up, the preference for the language in question over other similar languages can be justified in terms of its accuracy, speed, scalability, and capability to solve complicated business challenges. With Java’s recent move towards a paid model, how long before Kotlin gains propulsion and becomes the leading tool in the face of Android app development?