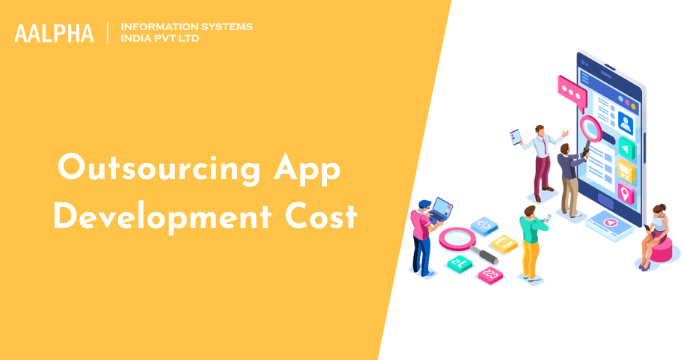 Outsourcing software development for business is an arguable topic. Most entrepreneurs believe that outsourcing developers are better due to the vast pool of talent and expert developers are available.

Moreover, companies like Google, Apple, Nike, IBM, and Skype have been significantly outsourcing developers for decades. The most fascinating element that fascinates a business owner or an employer about outsourcing software development is the price. Businesses focus on outsourcing to reduce costs and focus on core business goals. Developers in developing countries are paid far less than in developed countries therefore, this results in cost reduction.

Developing software is a complex process compromising numerous factors affecting the total cost. It is difficult to estimate app development cost without looking into project requirements.

Here is a quick list of the main factors that impact the price:

The development time and complexity of the project revolve around the features. The more time spends on a specific feature by a developer, the bigger the cost will be of the outsourcing mobile company.

For example, a simple home page for Snapchat will take around 15 hours in making for unregistered users. This amount of work is optimal for an MVP (minimum viable product). For the better success of the application, more work is required.

Now, if we upgrade the home page of the application with a dashboard, snaps, stories, and search engine, these additional features will take roundabout 50 hours to develop. Now as the number of hours increases the cost will increase simultaneously. As a result, the price will be more than three times, but the features will be remarkable.

The development team consists of programmers as well as graphic designers also. Hiring from an outsourcing software company allows access to a hub of talent from across the globe. The developer team includes the following.

An attractive app design attracts more users and results in the success of the application. Unfriendly interface, loading screens, and excess ads can scare users away. Therefore, expert UI/UX designers are required onboard. Designers will create wireframes showing the structure of the application. The app may be designed as per the requirements of the employer.

Project managers work as mediator between the team and the client. The project manager manages the developer team and the designer team. They must organize the working process, demands of the client, developers, designers, and ensure the software to be delivered in time.

Developers are the backbone of the whole team. Programmers are responsible for the overall software performance and the framework. To create a flawless application developer must be experienced with the project stack.

The imbalance in the cost in India is due to the number of users as there are more Android users than iOS users in the Indian market.

It is clear about the factors on which the cost is determined. Now it is time to figure the development cost in various regions around the globe.

North America is the most expensive region if one wants to outsource mobile app development.  Developers from the US and Canadian market earns a lot more than others. For example, on average companies charge $150-$250/hour. With this high rate, the outsourcing app development cost of a Snapchat application can scale from $175,000-$250,000. This is the amount of cost is tremendous therefore, new companies prefer to hire developers with low rates.

India has highly talented young developers who come up with creative development ideas. More importantly, India is the leading outsourcing destination for many international clients as it offers services at affordable prices. The Outsourcing App Development cost is $20-$35 per hour. It is highly advisable to hire an app development outsourcing company from India.

For example, Germany has the largest number of professional developers across the globe, their price range is $75-$99/hour. Countries like Portugal and Switzerland have fewer developers. This is because of a shortage of engineers.

Eastern Europe consists of the biggest tech hubs in the world. Many entrepreneurs favor eastern Europe because they offer value for money. With an average rate of $50-$70/hour. The cost of development is high. There is a common belief that the cost reflects the quality of the product. However, this is not true eastern Europeans are highly skilled developers.

If you are looking to outsourcing your project, contact application development company.