Tech-Xplore: Logistics Industry is Transformed with IoT and other IT Solutions 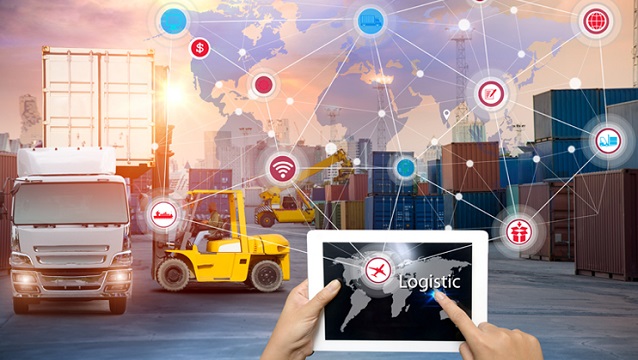 How Big is the Number Game?

The most significant tech industry is worth an unimaginable $4 trillion worldwide. Logistics cause the heartbeat of almost all sectors including the e-commerce development, manufacturing, fashion and the high-end technology-related industries. This industry has found a million notions. It has also carved out the scope for many new industries to emerge and develop into a significant contributor of the GDP and the overall business arena. This industry has been looking for an active transformation because of the dynamicity in nature. The technology has recently hit the most significant tech industry with the amount of liveliness with numerous techniques joining hands to synthesize an utterly different, more productive and highly efficient ecosystem for stellar business growth.

If one delves deep into the logistics or any other primary industries, they have a fair share in the business ecosystem. One can easily infer that there is a set of circumstances and the market proposition which drives the transformation based on any

Machine learning which leverages artificial intelligence has two major lanes of implementation and the end objective. One of them is automation which takes care about automating the general task and the ones which need to be replicated in nature and requires an immense precision every time. Automation is being leveraged to simplify the stacks and also automate the global container transportation and stacking operations which are considered bulkier. It is meticulously done through a computer programmed stacking cranes which are completely aware of the stacking endurance and precise positioning for eliminating the risk of accidents.

When it comes to optimization, a lot of transit data is being used to analyze the time material trade-offs. The machines are being invented to build upon a convincingly sustainable system which reduces the cost of an overall end to end services rendered. It not only optimizes the energy required to run a complete put her back in a dockyard, but it also increases the power usage effectiveness and ultimately utilization of assets and deployed working resources.

What is the optimization by Machine Learning?

Suppose there is an automatic crane which is capable of staking bulk containers once they are offloaded onto a port. However, it lifts the piston of the hydraulic crane way too much compared to the different height needed every time. At the same time, it also waits in the idle status for new containers while the other cranes are continuously functioning in an active-passive fashion. Optimized automated crane work reduces the power usage effectiveness and also streamline the idol standing time by wearing its operation with an increase in height every time and no unnecessary lifting. Apart from this, it will also take care of balance in the load with other automated cranes to reduce its own idle time.

Suppose there is an ingenious Logistic Ecosystem which is being entirely controlled by several vehicles, automated grains and IOT enabled devices for complete tracking and management. However, this needs to be continuously supported by an active database which leaves no lag and also gives you the ability to read track and seek approval on transactions. Blockchain enabled database management system can fulfill this high-end need of something more than a typical database management system which is sure to leave loopholes in the present system. Blockchain has the ultimate capacity of taming the high degree of randomness induced at the database level with automation, optimization, analytics and IOT working altogether.

**Please note: robotics is one of the applications of automation and it has got absolutely nothing to do with artificial intelligence unless stated.

Smart and mini robots are being devised every day for the logistics industry considering the endless scope of streamlining the operations. This has been a dire need of the hour considering the massive rise of e-commerce operations and the requirement of speed and a fish and sea because of the online sales. The largest tech department in the e-commerce ecosystem is one of the primary and highly focused division. It is a multidisciplinary industry which is handling transport and fulfillment processes from the sellers and flawlessly delivering them after adding a specific value to the customers.

Augmented reality is helping the logistics industry take leaps in building a virtual world which is super conveniently manageable and needless to say, highly interactive. It is the power of augmented reality which is empowering several industries and highly automated businesses to visualize their supervision and all the tracking systems embedded in a virtual world which does all the operations involved in the market. It can conveniently simulate a real-world environment which is capable of performing all the services like the layout, stalking, billing, transport, and registration.

Moreover, there is an absolute change over in the way Logitech industry works with computer vision and augmented reality joining hands for analyzing the data collected by a camera hosted operating system to keep track of where a product moves within the warehouse for much faster delivery.

The Internet of things or IOT is leaving no stone unturned to convert a small logistic industry into a genuinely smart logistic sector. The transformation starts at the ultimate utilization of GPS with complete tracking of Internet-enabled devices and systems peddling products with the utmost ease of automation.

Apart from the automation lag, the logistics industry is flourishing with an immense scope of high-end utilization of sensors for figuring out the temperature, humidity, etc. These parameters which are playing an essential role for smarter decision-making and a cut down of the time material cost on a long-term approach.

Wearable technology is consistently seeping into every phase and layer of the largest industry. Primarily, it wouldn’t be wrong to assume that the wearable technology is doing its part of empowering the human link between a logistics network for convenient tracking, up-to-date information and real-time update which is generally not possible with the geographic and temporal constraints.

The wearable technology is peeping out of the line of logistics in the face of IOT enabled lenses for scanning, the infrared scanner is on helmets, real-time update through smart watches and Internet-based digital database terminals.

Automation is a fancy technology gaining immense attention all across the world. The largest tech industry is widening its avenues of improvement all across its operations with some last movement.

Automated grains and optimize robots or the present day talks, but the world is out rightly amazed at the way self-driven vehicles are reducing the human intervention within an integrated logistics network. A decade ago, who thought that a human skill as good as driving would be eliminated by the power of technology, so quickly? Today many big industries and warehouses are being managed on a hundred percent rejected human intervention with the help of celebration vehicles transporting containers, articles, and batches of offloads conveniently.

The king of all: Cloud Computing

The long process discussed and disseminated light on some unbelievably beautiful sights of logistics industry are all because of the intermingling technologies. Let us take a situation, warehouse is wholly managed by an automated green system, the objects are transported using cell prevent vehicles, these are all being supported jointly with IOT devices and complete integration of sensors, and many data are flowing all across devices. However, who would be responsible for accounting and keeping all this information and system interact with a single backbone?

Technologies can easily be integrated, but they take an immense Hard work to grow FaceTime with the digital console and keep track of all of them. The centralization is a necessity, but the general level of centralized control ultimately lies in the hands of cloud computing in which holds the complete computer-based system in place and also documents, manages and operates over the data in real time.

They are single-handedly working to become the independent system of an integrated logistics industry network, cloud computed and is forming a layer underneath the complete system.

The world is bound to agree that a cliché logistics network has rapidly transformed itself into a smart, sensible and highly integrated logistic system comprising of devices and humans to a limited extent. The technologies are constantly bumping call turn off technology business to transform the existing status. There is a lot of speculation and weight of the time try to unfurl how these technologies into mingling and get mature with time to stabilize the logistics industry. The entrant technologies are always on their toes to improve the industry for a more optimized and completely automated dream but only the time will be able to tell how significantly they are making out a comprehensive system for this merely turn out to be an overkill.