Which is better iOS or Android Mobile Apps? 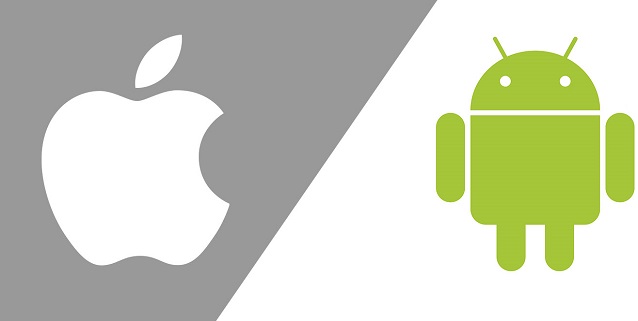 The two operating systems used in majority of the smart phones nowadays are Android and IOS. Android has been developed by Google whereas IOS is a product of Apple Inc. Almost 54% of the total world population uses smart phones with Android operating system and 44% users have devices running on IOS. Both these operating system s have their positives and negatives. Both these platforms have millions of apps in their app stores providing users with amazing apps which can help them in carrying out their day to day activities, socializing, play games, watch movies and perform many more activities.

Another factor which contributes to making mobile applications better or verse is whether they are upgraded to perform correctly across various android and iOS versions or not. In this scenario as well Apple based applications are better than Android applications due to the fact that Apple users are segmented over three iOS version only currently.

In case of android due to the large variety of devices and screen resolutions running on Android, it’s very difficult for developers to build applications which are compatible over all these versions. The majority of the android users are distributed over Jelly Bean, Kit Kat, Lollipop and Marshmallow which affects the compatibility of the newly developed play store applications.

According to reports the trend of Android user’s switching to iOS has been observed. The major reason for users to switch from one platform to another is its applications. During the recent years 23% android users were shifted to Apple phones, which prove the fact that iOS applications are better in terms of usability, security, functionality and several other such factors.

In this case also apple developers have better development tools available for app development as compared to Android. According to android developers Google has not provided them with a serious solution to various issues faced by them while building applications for Google play store.  The resources available along with the development tools of Android are not enough to meet the needs of the developers thus making Apple based mobile applications better in this regard as well.

Whether you are looking for iOS or Android Mobile app development services, Aalpha can help you chose the best platform based on your requirements, connect with us today.

Google's UI system toolkit, Flutter2.0, is in its second version. It is used to create incomprehensible desktop, mobile, and web applications. You would now be able to create a variety of different types of applications using a single codebase. Since the release of Flutter 1.0 and its enormous accomplishments, app developers have been waiting for the stable release of this UI toolkit. So, let's look at the main features of Flutter 2.0 that help accelerate mobile app development. Increased web support Perhaps the most significant improvement in Flutter 2.0 is the excellent web support. Flutter is an app-driven system that…

eCommerce is on track to become a significant participant in the global retail industry. One of the most significant aspects of joining the eCommerce industry is how simple it is now. Many businesses may provide you with everything you need to launch your online shop in a matter of clicks. Choose an appropriate eCommerce platform, and you're off to a great start! Why should one use WordPress? WordPress is a free and open-source content management system created by a volunteer community and a core group of key developers. More importantly, WordPress powers about a quarter of all websites on the internet,…

The Process of Serverless Application Development

A serverless application paradigm is rapidly gaining traction as a preferred development architecture. When a team contemplates developing a serverless application, they must re-adapt to the Cloud's unique architecture. Serverless Architecture: How Does It Work? Serverless computing is a way of building and distributing apps without worrying about the underlying infrastructure. The external partner manages the server space, not the business. Businesses have one less concern with this strategy: with the backend outsourced, the front end becomes the primary focus. Backend As A Service (BaaS) The serverless architecture is predicated on the concept of obtaining a backend. You pay an…