How to Build Mobile Apps for Foldable Devices? 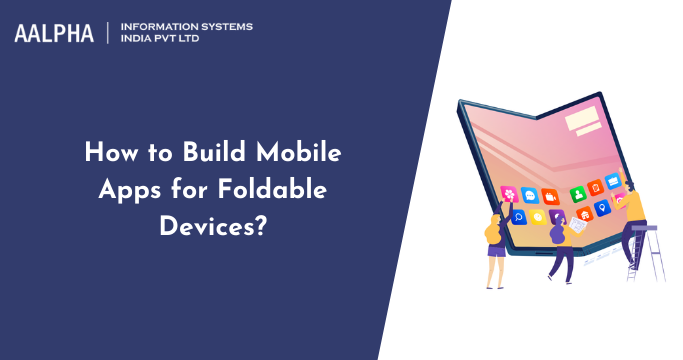 The concept of a portable edition of smart mobile devices with foldable displays inspired great anticipation among technology enthusiasts. Recalling the road from keyboards to handheld devices and touch panels, this gadget has emerged into a technology that changes games with a fascinating past.

The software manufacturers’ passion took less time to get across the economy for app development. preparation for the design and technological sophistication requires the consumers with a limited learning curve and impeccable experience in a completely new setting.

The increasing success of foldable cell phones has changed the whole phase of mobile app growth for major Android iOS platforms. As you know that the method of making an interface for a one-screen computer varies from one for designing applications for tiny and big displays, you can assume the effect of foldable devices on our growth plan for mobile applications.

If you forget the tasks that customers ask of you, all your actions would be futile. It feels more important to prioritize the user interface for creating applications for foldable devices directly. Since people are more likely to use smartphones to watch live content in a broader format, programmers of mobile applications can fold their covers to meet the challenges of creating video streaming applications that provide high-quality content on mobile phones. Here are more smartphone categories for clarifying how foldable devices turn their creation process:

How can one develop apps for foldable devices?

There are primarily four items you would have to remember before starting the foldable app design.

Opened state: This extra room may be used to provide more meaning and to apply secondary behavior or interactions to the applications.

Folded mode: the handset appears like the typical mobile that is powered by one hand in this foldable interface creation state.

States adjust the entire experience – including how the device is maintained. Currently, users operate mobile phones with one hand, but they would use both hands in the unfolded state. This would shift the complexities of nature to keep essential UI and UX components in the thumb and other finger areas.

As the resource is higher for foldable smartphones, multitasking should often be considered. As programmers, then, you will have to prepare the time to share the screen of your software with another program with its style and features and take a look at the multi-window life cycle.

The user interface must shift smoothly from the plied state to the unfolded state and back to the plied state. The interface should be minimal or zero adjustments, which increases the complexity of the software flow.

The job of the developers would also be split into four pieces of application creation for foldable phone operations. 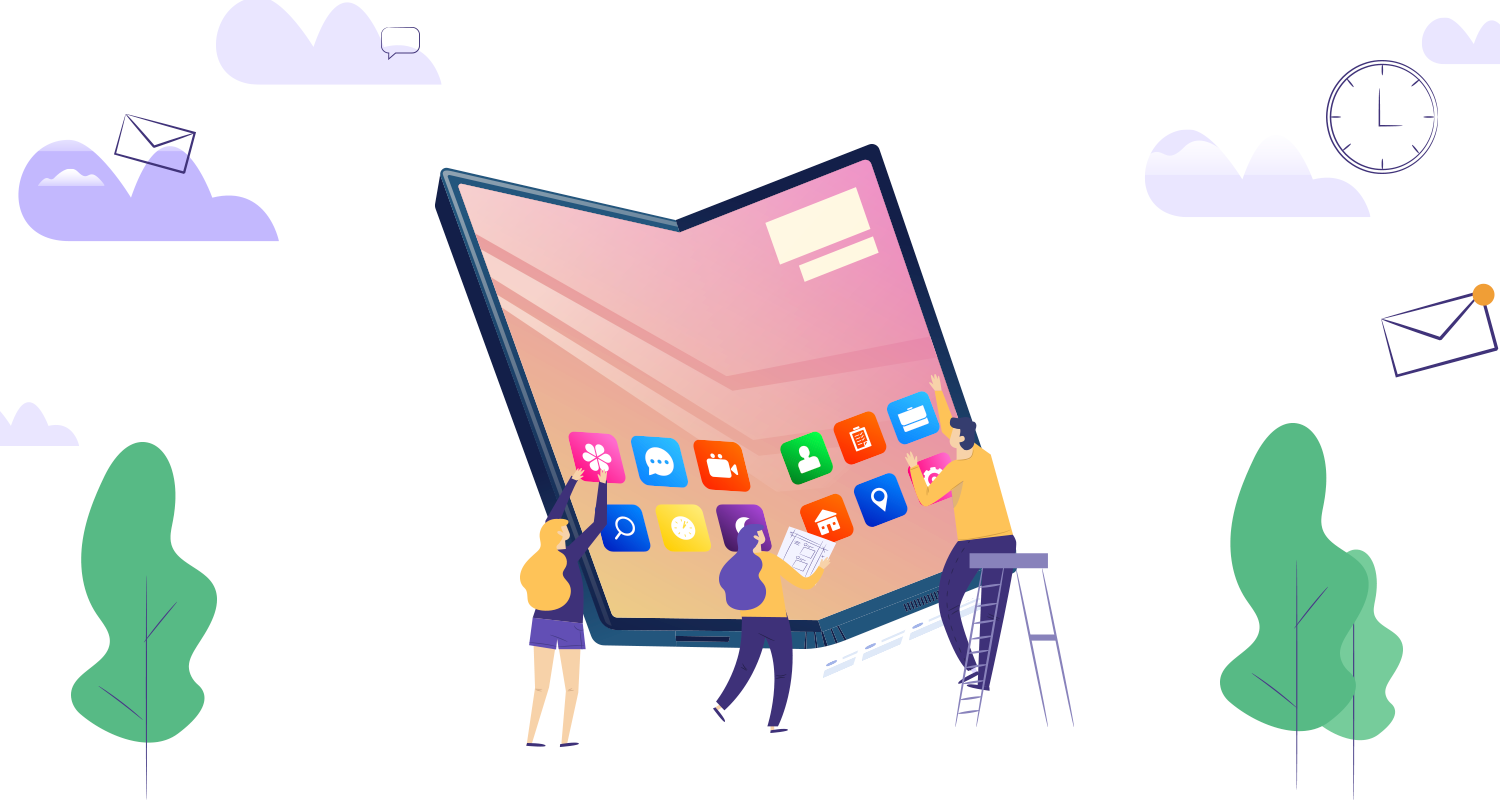 Device consistency means that when a task is executed on a foldable smartphone, it can instantly and smoothly move from a computer state to another. The app still has to be resumed in the same place and condition.

What you are going to need to do is have the app resized by dynamic resizing. This is achieved by resizing the activity as a true state. It provides full flexibility for all environments and variables that meet the application.

Android 10 and beyond will support a variety of aspect ratios. In foldable, the shape considerations range from long and thin panel ratio to 1:1. You need to monitor the applications with as many screen ratios as possible to be consistent with computers.

With two applications running side-by-side, Google has been popular for some time. What the foldable technology adds is that it enables three or four applications to work simultaneously. Also, the technology allows them the freedom to exchange content.

In the case of Android 9, the priority only was the revived state, and all the other observable operations were stopped however, Android 10 is improved.  The operations have been revived also in multi-window mode. This is called a multi-summary.

The 10th OS and higher edition support Android multi-screen view. If an app runs on a multi-display computer, users can conveniently switch it from one screen to the other. This multi-submission often extends to multi-screen situations.

An app will decide which show to run when it is started or when another operation is produced. The comportment depends on the launch mode specified in the manifest file and the purpose flags and the options set by the people starting the operation.

The Android QA team would need to ensure that the software is sensitive to the multi-window and multi-summary features, device resizes & new proportions, and configuration updates when it comes to checking the app.

If your first smartphone app to foldable mobile phone users is ready, then take time to reflect.  Choose the test procedure until you start the application in the marketplace. This allows you to find configuration problems and correct bugs.

Ultimately, it might be a little overwhelming, but the reality shows that making content for foldable gadgets is not an unfamiliar procedure. It is much about what smartphone designers are currently doing. The development of applications for pliable smartphones is more effective with a team of experienced and trained programmers.

If you are planning to develop apps for foldable devices then feel free to connect with us.

Using WordPress as a Headless CMS with React

WordPress dominates the market for web apps and headless CMS (CMS). This platform rivals JavaScript's front-end interface in terms of versatility and capability. The WordPress REST API is a powerful tool that allows developers to create custom plugins and themes. They may also add third-party applications to the WordPress CMS to enhance its usefulness. To avoid the increasing workload of managing content in contemporary CMSs, developers have explored merging WordPress with React to create a headless CMS. The content management system (CMS) is the next big thing in web design. Matt Mullenweg, the inventor of WordPress, has shown endorsement for…

Why is Node.js Good for Backend Development?

Node.js is a technology developed on top of Chrome's V8 JavaScript engine launched in 2009 and has maintained steady growth in popularity since then. Node.js backend development is not a new idea, and it is used to build many digital goods online. It has several advantages that make it ideal for developing corporate and business-to-customer applications. What exactly is Node.js? Node.js is a runtime environment that enables software developers to launch web applications using JavaScript on both the frontend and backend. While JS underlies all app assembly processes, it has proprietary APIs that handle HTTP requests, file systems, and other…