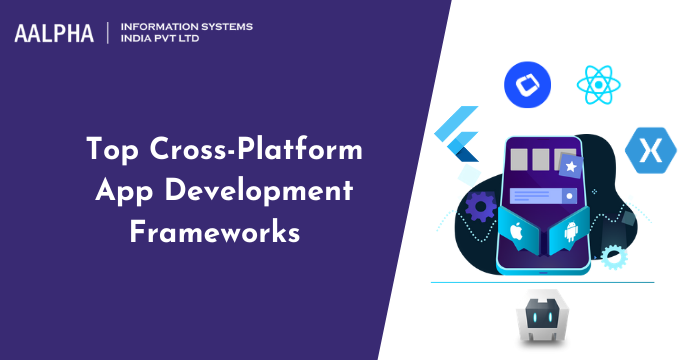 With fast technological advances in today’s increasingly competitive digital world, developers are constantly hunting for toolkits or frameworks that can facilitate their jobs and keep application development time and costs to a minimum. In 2021 an overwhelming number of cross platforms have paved their way in the market.

What is an App Development Framework for cross-platform?

A platform-wide app development framework is a set of tools that enables you to build native or native-like applications with a single codebase for several platforms, including Android, iOS, Windows, and the Web.

This will allow you to reach a significantly larger target audience at a considerably lower cost and time on multiple platforms.

These are the main advantages of cross-platform frameworks for app development.

Code reusability may be the greatest advantage of cross-platform application development frameworks. Programmers only must code once, and that compiled code can be reused for different platforms to execute the app. The term “Write Once Run Anywhere” is usually used.

WORA (write once run anywhere) eliminates repetitions, saving operating costs in a switch. You can also add another platform later without too much effort by using a shared code database.

This is simple, fewer resources and time directly affects the project cost.

Since digital platforms have a single code database, programmers only have to code and maintain a single source code. This makes it easy and quick to install, maintain and update.

When the code is updated, it is synced immediately on several platforms and devices, which saves time and energy.

There are several cross-platform application development frameworks, which have their advantages and disadvantages. All comes into your preferred programing language and the frameworks you would like to aim for. However, It can be a challenging task to select the right platform. Some of the best cross-platform frameworks to be used in 2021 are listed below. 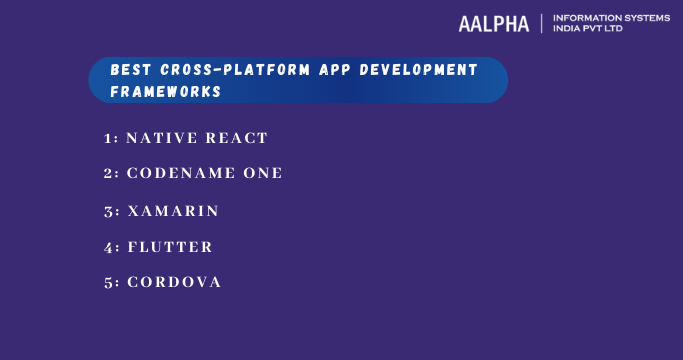 React Native is based entirely on JavaScript React, a Facebook library that provides a native interface to the platform. React Native is an excellent choice for simple applications with clear connections between the APIs. But native code is often required in complex apps to link any functionality gaps.

The Codename One is a Digital Equipment initiative that began after the company was acquired by HP, one of the leading computer manufacturers in the industry.

It has the virtue of running on the native platform and enabling developers to use Java or Kotlin technology directly.

As Xamarin provides great compile-time error checking, reducing the number of runtime errors that users encounter. The native-like “GUI” and controls that Xamarin provides make it simple to build a native app.

One of the SDKs used for mobile app growth, it has a solid following in the cross-platform crowd. Flutter framework, in addition to the Dart language, is also immature because it’s relatively new.

Apache Cordova Server is an open-source web server developed and maintained by a group of designers, developers, and researchers. The open-source Cordova project is a fork of the PhoneGap. While they are made with Cordova, they are not completely Web apps. Cordova wraps HTML, CSS, JavaScript, and the target framework.

Cordova apps make use of standard-compliant API connections, such as records, sensors, network connections, and the like to gain access to various devices.

If you want reusable technology, budget-friendly, cheap, simple to implement, and quickly deployable code, then go for cross-platform.

Cross-Concept allows the code easier, quicker to learn, translate, manage, and reuse, thus increasing the readability of your code and letting you make use of several platforms simultaneously.

Cross-platform software creation is never a one-size-fits-all solution. what is the most appropriate environment for you depends on your programming abilities, platforms of choice, and project specifications.

If you are planning for cross-platform mobile app development then feel free to contact us today. 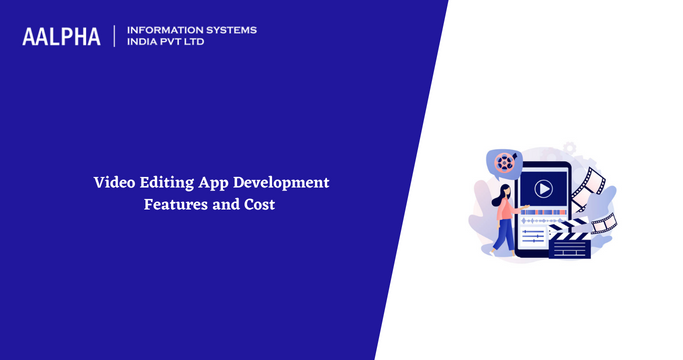 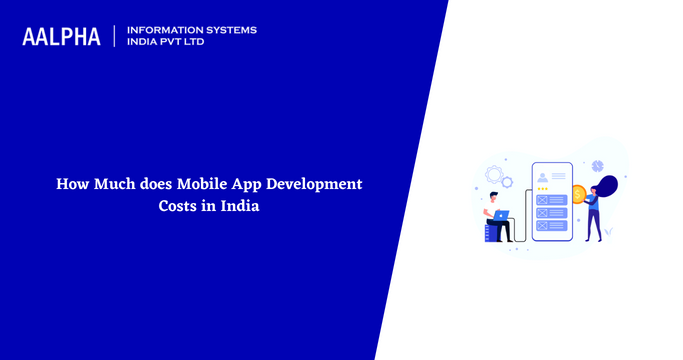 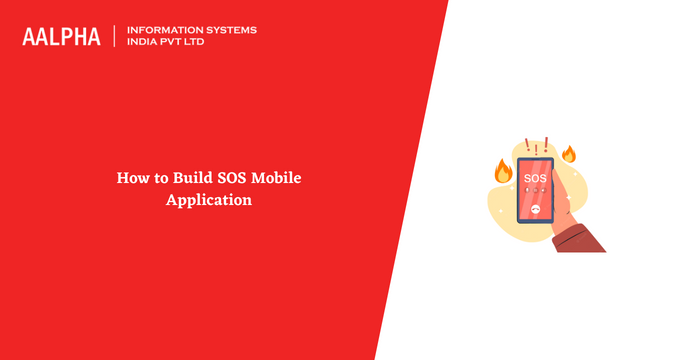