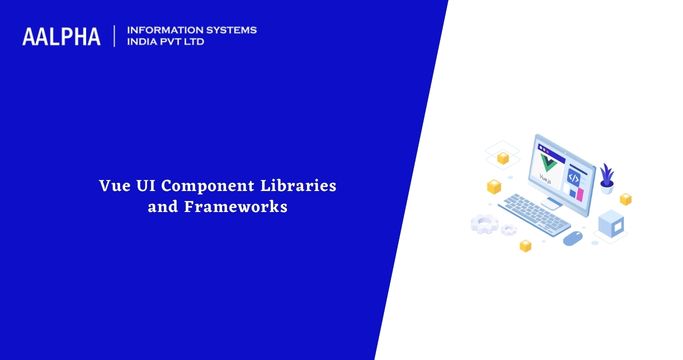 Vue.js is among popular frontend development frameworks in the Vue library. Vue library is a simple and flexible JavaScript library commonly used to build dynamic front-end applications. Since 2014 when it was introduced, its rate of usage has been rapidly increasing every year. Due to its ease of use, most programmers have widely used the Vue library.

In 2018, Vue became the strongest competitor of Angular and React after it gained more stars on GitHub. It has become the favorite structure used by most people to create various packages to simplify the development process. Therefore, multiple organizations prefer vue.js as a development structure for their applications.

Developers have a proper understanding of the need for adhering to appropriate material design principles – this ensures the adequate design of applications. Keen UI stands out as one of the best Vue.JSS framework that tries to make developers’ journey on the same easier. Usually, the framework is rich in interactive elements with no form of pre-styling. The framework consumes an API responsible for app layout creation. But developers love it more since it is lightweight and easy to use. It comes loaded with packages containing a different set of files that require no installation but instead importing from extra libraries.

Mobility is a crucial element in development. Thus, Vux comes loaded with a high level of mobility to support various mobile applications. The library entails Mobile UI components and WebUI provisions to ensure its continued success in developing these mobile applications. The initial creation role of this library was to administer the popular WeChat application. As stated initially, Vux boasts a ground in mobility when developing mobile applications. It thus incorporates various WebUI components into its architecture. A common problem among developers is handling issues with multiple libraries. However, with Vux comes a greater community to support these developers in managing the day-to-day issues they face with Vux. More importantly, unlike other libraries, Vux endorses the installation of specific requirements – this beats the logic behind most libraries, where they demand the installation of entire component packages.

Vue Material Kit is among Vue user interface component libraries that spike accuracy and seamlessness in application development. The library comes with three sample pages and a duo of custom extensions. Vue material kit helps you save time and money by simplifying the design and development process of your websites or web application.

Some of the requirements for this application are JavaScript, Vue.js, and the Vue Router. It also contains all the components required for a dashboard and Vue plugins that have been carefully chosen and optimized for performance.

Another quality library from Vue UI is Quasar. With its openness to the public community of developers, the framework has undergone a wide range of integrations and improvements to ensure the provision of quality development resources. With total adherence to material design standards, the library handily supports compatibility and responsiveness regardless of the device users have access to. With the time-to-time advancements, the library has enjoyed releasing various versions that provide the latest plugins and directives. Nevertheless, it comes with the core strength that ensures more straightforward and faster deployment of applications in different, more manageable ways.

Vuetify is another crucial Vue UI component library with all other components developers wish to enjoy during development. It boasts robustness, modularity, and responsiveness, as other similar frameworks provide. More importantly, a distinctive layout for your application is all that matters. Thus, the library goes further to allow extra app customization so that your application can stand out from the rest in layout matters. With the general support of all these components, resources, and functionalities, the end users will always enjoy a great user experience that comes with application development under this framework. More fantastic support for diverse elements provides developers with a wide range of options to develop practically distinct but trendy sites. The latest valuable features under this framework stretch further with no limits to cards, navigations, and carousels.

Professional users need a great tool that will help them simplify all development processes. However, for a seasoned Vue UI developer, iView UI is among the most fantastic choices to make under tools made on Vue.js. Like other libraries and frameworks, the development tool entails several different components for easier preparation of UI components and widgets. Its elegant and clean structure offers space for developing pure and intelligent applications. iView enjoys continued support and maintenance by a community of other related developers. It ensures a great user experience by providing a CLI tool that allows visual handling various projects.

Responsiveness is one of the number one considerations among frontend web designers. BootstrapVue ensures that the development of websites results in responsiveness such that they can scale appropriately for devices with smaller screens. As the name suggests, the framework implements two frameworks, Vue UI and Bootstrap, with the latter framework extending its capabilities to the former. With this framework, developers can be sure of accelerated development of various frontend applications. Familiarity with Bootstrap provides an upper hand for developers who wish to pursue this framework. Knowledge of the framework will help you consistently develop proper online applications within the desired timeframe.

Vuetailwind is another crucial library that tries to implement components featured in the other Vue UI component libraries to ensure the development of customizable applications. With many elements associated with adequately implementing these libraries, it is essential to consider the need to implement some libraries inclusively. Some of these libraries come with specific general-purpose styles that developers can leverage. A proper combination between this library and other utility-focused frameworks gives a perfect outcome for a website or application under development.

Buefy is a crucial release and the perfect option for extensive previous Bulma users,s a popular CSS framework. While appreciating it as a great resource similar to Bulma, it is also good to understand that the framework involves Vue and Bulma frameworks. It ensures using small amounts of code; thus, future references to developer code won’t be complex. Integration of Buefy into various projects commands CDN usage. With the expert Vuejs developers, you can quickly establish proper layouts and get access to icons and components essential for use in multiple applications under development. With compatibility being a significant issue, Buefy ensures smoothness and seamlessness in browsers such as Chrome and Firefox.

JS and CSS elements are crucial in any web deployed or under development. It is thus a promising approach for developers to seek Vue libraries that provide extra support for the provisioning of the same. But you don’t need to go any further – Mint UI comes in handy. Its support for building mobile-friendly applications even more, advances the handiness. With its capabilities undisputed, the library ensures the development of smooth and lightweight user interfaces.

As a developer pursuing lightweight component libraries, it is possible that, at some point, you landed on the FishUI library for Vue. It lies among libraries that seamlessly work with the latest browser environments; thus, its support for a wide range of environments sets it on a larger scale. Components supported in these libraries include radio buttons, cards, and even buttons. It is also an excellent tool that implements a simple design, making it easier for developers to use. A proper and intuitive syntax wraps it all for this library.

It is another complete set of Vue UI library components, such as VueCli templates and visual theme designer, among other outstanding features. It promotes limitless widget usage and provides a wide range of open-source solutions. Visual and interactive editors give every VueUI developer a reason to develop their best – the editors come with a specially customized interface that provides developers with an experience like no other.

Frontend programming needs consistent and reliable performance, as users must enjoy a remarkable experience. For this case, you need no other library other than Vuesax. It is the central library to use when in need of advancing your brand development.

A VueUI library in the class of Vuikit will always meet the robust and flexible requirements commanded from every user interface – whether for a web or a given application. Furthermore, the library ensures continued stability and proper support for developing user interfaces. Seamless configurations and support for various browsers make it a popular choice for the Vue UI developer.

With various frameworks available to enhance and make it easier to develop applications and user interfaces, it is essential to appreciate the role played by Vue UI libraries and frameworks. In addition, the frameworks and libraries have many other components to make development much more accessible. Therefore, as a potential or seasoned Vue UI developer, you can always focus your journey on understanding these crucial development entities.

Ultimately, connect with the expert web development company in order to know more about Vue UI component libraries and frameworks