Among many prevalent web programming languages, PHP is basically a stand-out one, and it is being used to develop complex websites as well as web apps. It is known that PHP is included as one of the greatest favored server-side scripting languages, famous for its ease of use. Moreover, PHP frameworks work to complement PHP, by offering the developers through certain pre-built modules, one platform to develop powerful and reusable components, as well as by facilitating speedier development cycles. Its related frameworks impose coding standards as well as development guidelines. Thus it standardizes the entire process as well as it stabilizes the product.

Today modern web developers make use of PHP frameworks because they implement Model View Controller (briefly as MVC) architecture, wherein the growth of the business logic is found to be self-regulating of the underlying data as well as the overlaying presentation view. In addition to that, MVC also assists developers to concentrate on their explicit areas without requiring to concern whether their code would severely influence the progress of the rest of the modules or not. It is found that web developers prefer the aspect of these frameworks working in a way to break up the development course into self-governing modules as doing this boosts the speed of the whole development process. Moreover, it even enhances the stability as well as the quality of the product.

Let’s have a look at the benefits of using PHP frameworks:

The frameworks allow fast development by use of the libraries as well as tools offered by its frameworks.

They are quite simple to upgrade as well as maintain the developed applications.

Certain security features like Input filtering as well as Output encoding are provided.

They provide a reusable, well-organized, and maintainable code.

Those web apps that execute on PHP frameworks are found to be scalable.

There is an assurance of the extreme level of security for the PHP site you are running with.

Their MVC pattern assures the partition of presentation as well as logic.

Let’s have a look at the topmost PHP frameworks which are being utilized by modern web developers:

Laravel is known to be the greatest prominent and the finest PHP frameworks as compared to remaining frameworks. The framework is relatively new; however, it has transformed as the most significant PHP framework due to its useful features which are found to be quite beneficial to web developers for the quick PHP laravel development procedure.

It is known that Laravel works to supports an extensive range of databases. It offers a huge ecosystem through an immediate hosting as well as a deployment platform. Moreover, the light-weight engine named as “BLADE” works to aid web developers in some of the recurrent works incorporating sessions, queuing, caching, authentication, and RESTful Routing.

CakePHP is also a renowned PHP framework because it provides rapid and trustworthy development solutions. It is found that the latest version of this framework is 3.0 and it comes with improved modularity, improved session management, and possesses the capability to develop further standalone libraries.

The reason why it is regarded as one of the topmost frameworks of PHP is that it offers an extreme level of security to all the web apps that are being executed by it through its incorporated security aspects like XSS prevention, prevention of SQL injection, and CSRF protection, where CSRF stands for cross-site request forgery. It is found that among the various projects executed in the CakePHP, famous ones are Hyundai and BMW websites. If your website application requires an extreme level of protection, then you can select the framework. Among the many features it comes with, the prominent one is input validation, prevention of cross-site scripting as well as offering protection against cross-site request forgery, etc.

This framework is basically scalable which makes it quite popular due to the web-based training and authorization. Zend framework is being used by huge business association, and it is not much suggested for smaller projects, but it is outstanding for complex projects. The present framework utilizes the greatest helpful PHP 5.3 features as well as affordable solutions with a range of configuration options being incorporated within. It is found that the PHP framework is being partnered with IBM, Google, Microsoft, and Adobe. Moreover, it possesses different useful features like cryptographic coding tools, and it has simple-to-use drag and drop editor in order to support several front-end technologies including CSS, HTML, and JavaScript.

CodeIgniter is essentially a light-weight PHP based framework that comes with the simple installation process, and it needs negligible configuration. It comes with certain appealing features as well as functionalities, making it a perfect choice for modern web developers. It can seamlessly function on all shared as well as dedicated hosting platforms. Moreover, it provides liberty to PHP developers as the framework is not firmly depended on MVC development pattern. In this, third party plugins could be added in order to get complicated functionalities. It comes with lots of components like no PHP adaption struggle, easy error handling, and straightforward encryption and security steps. One of the benefits of the framework is speed as CodeIgniter get by very speedily with databases tasks as compared to rest of the frameworks.

Symfony is versatile, adaptable, and powerful PHP framework, developed for MVC application and written in the PHP5 framework. It is to be noted that the developer community of this is framework very large. Discussing its PHP libraries, they are reusable as well as they are capable of accomplishing varied tasks including object configuration, form creation, authentication, routing, templating, etc. Moreover, there is a provision of a portfolio section obtainable in the web application in order to seek complete understanding about the finished projects of the framework.

The PHP development framework comprises of many components. Symfony attempts to provide rapid development as well as web management that aid users to accomplish regular web programming works easily. You can say that the framework is the finest one for database applications. It provides multiple databases support like MySQL database, PostgreSQL database, and SQLite or any such PDO-compatible database.

Phalcon is a kind of PHP framework which is very rapid in terms of performance as it is mainly written in languages like C and C++, so you can expect the greatest level of performance optimization through it. As compared to other, this framework is known to be a well-documented and simple to use.

Discussing its standard features, it comprises of Asset Management, Security, Universal Auto Loader, Translation, and Caching. Moreover, Phalcon works to reduce resource usages as well as it enhances the execution speeds. In this, every functionality stays inside the PHP-classes which could be utilized for any task. Though Phalcon documentation is very extensive, it could be easily used.

FuelPHP is recognized as a flexible and full-stack type of PHP framework which not just supports the MVC pattern but even supports the developed version, i.e., HMVC (Hierarchical Model-View-Controller) right on architecture level. FuelPHP was designed right from the ground up to attain complete support for HMVC as a share of the architecture.  In addition to that, ViewModels are also added (alternatively recognized as presentation models) within the mix which provides the user the option to incorporate a powerful layer amongst the Controller and the View. It comes with comprehensive documentation. It is known that the framework is actually modular as well as extendable, looking well after every security issues through the help of its features such as input and URI filtering as well as output encoding.

Slim is identified as a micro PHP framework, convenient for minor to average-sized PHP websites. It was developed in the motivation of Ruby microframework named as “Sinatra.” Basically, it is utilized for the RESTFul API development and services. Glancing at its features, it incorporates URL routing, cookie and session routing, offers support of flash messages over HTTP request. You get total control of your external tools as Slim works to support dependency injection.

Yii Framework is extremely famous PHP framework, developed for large-scale website developments. The reason why more web developers started using it is that this framework is extensible as well as it can easily suit your requirements. Now discussing its prominent features, they are speedier performance as compared to rest of the frameworks, easy integration with Jquery and AJAX features. In addition to that Yii comprises of a powerful class code generator named as Gii capable of supporting rapid prototyping, OOP concepts, and it also offers a web-oriented interface to produce the code you wish effortlessly.

In this framework, skinning, as well as selection mechanisms, are quite straightforward. Hence, it is capable of appealing to those people who have formerly been involved in frontend development. The best part is that Yii possesses a Gii – code generator which functions to contribute to object-oriented development, speedy prototyping and even provides a web interface to any user wherein he/she could produce the needed code.

Discussed above are the topmost PHP frameworks which are currently being used by modern web developers. These frameworks strive to provide rapid and affordable web solutions. 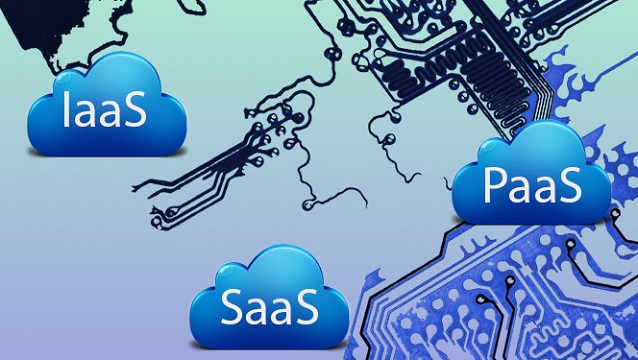 The difference between PaaS, IaaS, and SaaS

Anyone in a business, whether big or small, usually tend to cut on unnecessary costs as much as they look forward to making more and more profits. However, the organization can only achieve this through cloud application development. The service enables business setups to change to virtual management from the physical control of resources with ease. Globally, the public cloud service market is set to have a significant growth in 2020 from 2019 statistics. However, there are many cloud-based services out there, which include Paas, Iaas, and Saas. Many business persons tend to have a hard time trying to choose the… 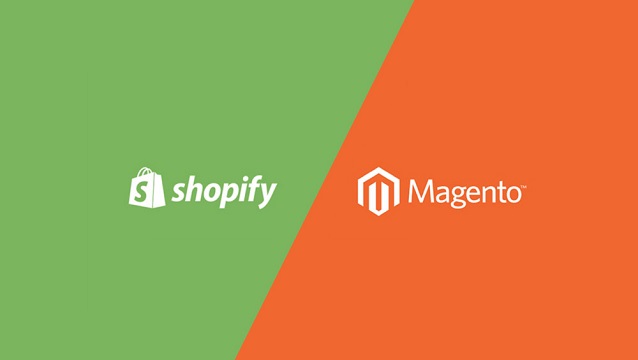 Know the difference between Magento and Shopify

To understand the concept of Magento and Shopify platforms better, let us analyze this example: Supposed you have a car that automatically takes you to your preferred destination. The only task is to enter the place you want to go into the system of the car, and the car sought the best route to take you through the place. On the other hand, another person has a car which must have the driver. It is the driver who selects and decides on the path to follow. In this case, you can make stopovers as much as you wish. Also, you are free to… 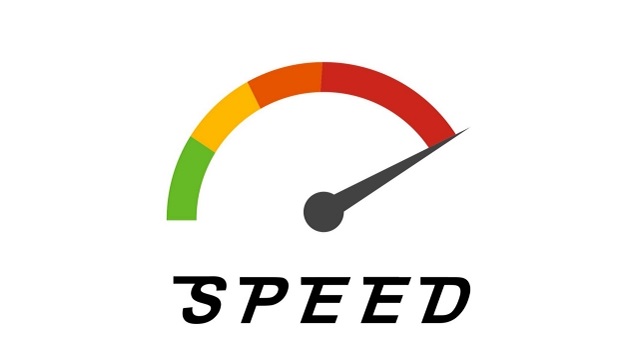 Have you ever been to a movie out for a weekend? Well, my answer is as right as yours. But then, when whatever is aired in the first 15 or so minutes does not catch your attention, you will get bored and leave. It does not matter whether the rest of the movie is catchy; you will simply leave. The same applies to the world of business, especially online websites. Nothing beats the feeling of having a website that loads faster. It does not matter how much the website is valued or how eye-catching it is. The rate of uploading…