All you need to know about AI Trends in 2019 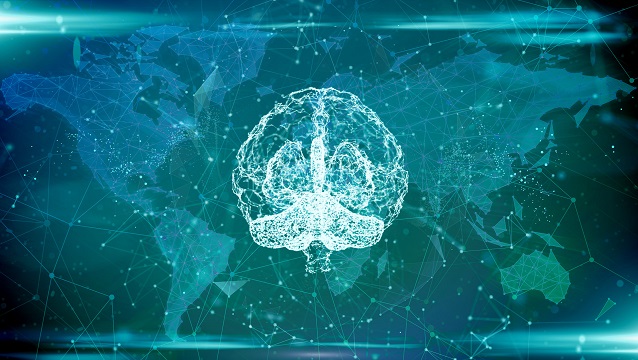 Amidst the talk that artificial intelligence is being overrated, some people do not refrain from labeling as one of the greatest threats to humanity in the present day. The center stage attraction with the high-end technology or rather the transformation is opening up for speculations from the mature mind in the industry. It is an absolute delight for the developers, and the tech-savvies to dig deeper into the potential applications of intelligence and give a thoughtful, sustainable face to the talk of the IT town: artificial intelligence. With some great work and hoax created by many that artificial intelligence will kill jobs is also a concern for the community to understand.

One should wholeheartedly welcome the new venues of technology under the lights of artificial intelligence as this will not kill your jobs but merely change the nature of them. There will be a considerable need to reskill as the necessary and non-analytical skill requiring appointments will be majorly done by the combination of artificial intelligence and in-depth automation.

So here are some of the mind-boggling applications of artificial intelligence which are pushing the limits of exploration and also causing the spot of bother for many.

Intelligence is self-sufficient to make certain portion of the IT fraternity go hay way on where it could lead. This dilemma and serious speculation take an altogether different face when the world talks about building artificial intelligent agents and programs with AI itself. Yes, this could mean the world of Change to have IT and do essential software development works. Here what we indicate is that an artificially intelligent program is in such a manner that it can quickly build artificial logics which would work just like a human brain. It leads them to collectively make small AI programmers dedicated to specific tasks or a particular class of applications.

The world might believe that this is something of the present day, but any tech of such high degree requires a lot of stability and an extended maturity curve before it can settle into the lives of the common man who is affected by the recent day technology

Designing is the new task on the list of AI applications

Artificially intelligent agents and programs can easily predict and classify data sets. It mostly contributes to enhancing customer experience. Apart from this, artificial intelligence is confused chiefly with automation. It is entirely wrong, and there are so many other applications of AI like weather prediction, recommended systems, self-driving cars and a lot more. However, who could have ever contemplated that where I could also lead to challenge and compete with the creativity of designers.

Yes, these days there are many boutiques on companies using artificial intelligent bots to build out original designs and also formulate new concepts for starting new design lines in fabrics and designer clothing. It has been a talk of the town that Amazon has recently developed an AI-based fashion designer which is highly trained and is now accurate to design clothes of any desired style and formation.

How do they do it?

So basically this happens with a combination of supervision and supervise learning concept where a logical agent is trained and taught the nature of design and also presented with a bank of designs in training faced through images, textures and other applications of computer vision. Further, the unsupervised learning tools like artificial neural networks are used to give rise to entirely original designs which are not just capable of trending in the market but also reduce the back end production time.

Last year Apple had changed the game of biometric-based technologies with high-end incorporation of artificial intelligence in wearable technology. The recent Apple Watch can track ECG and also predict the time and chances of getting a cardiac arrest in real time. It is solely done through pattern recognition in values and ended time series analysis of the ECG readings which can we easily stored.

Many biotechnology players are using artificial intelligence in carrying out triggered autorotation put them in a commanding position to carry out critical biochemical reactions in an artificial environment. It increases the chances of formulating better products and also grow in the cost-effectiveness of the business. According to some unverified news, artificial intelligence is also capable of predicting the tumor and cancer growth in different parts of the body once your body is presented for different types of medical investigations.

Artificial intelligence is gripping our lives quicker than we all concerns and the scientists could imagine. Another great instance of an end to end application is the capability of virtual assistance to become highly capable personal assistance for personal and corporate executives. Intelligent agents can be modified and tweaked with their bases lying on something like Cortana or Siri, and they can easily contribute to the do you day today working of an office and eliminate the jobs of office personnel and secretary. There are some leading companies in India that are helping rock the cradle of VAs.

Machine learning is being regularly deployed for gaining higher information questions through everyday user-machine interaction. It also provide them customize results with accurate responses for whatever stands as the need of the hour. It not only helps the agents to track human mind but also builds an in-depth understanding of the person tendency of taking decisions and even the speed at which they can grasp content delivery.

Numerous learn formant agencies in several developing countries are getting their hands deep into artificial intelligence for production of Intel’s and also verifying information based on the less reliable resources. The supervised learning-based model is taking of events and also increase the level of efficiency in production of games based on several data. It has been procured from the past incidents.