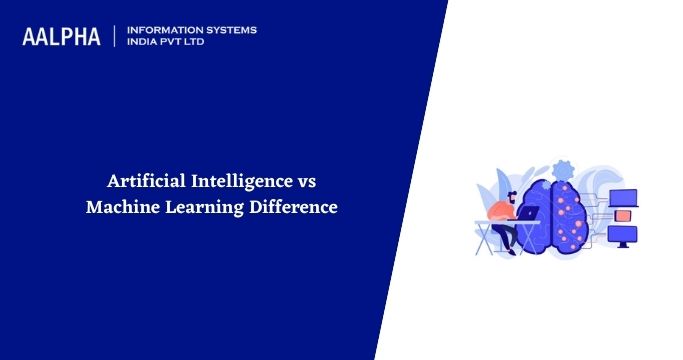 What is Artificial Intelligence?

At this time, there are around three types of artificial intelligence, which are

And right now, we are using weak AI and general AI using machine learning and deep learning concepts. But shortly, we will be using strong AI that is robust and efficient enough to challenge human power.

The technologies based on the artificial intelligence concept are Siri, Alexa, google assistance, etc.

What is Machine learning?

Just like artificial intelligence, machine learning can be divided into three types.

Machine Learning is only relevant to areas where data already exists. After mining this data, we develop models based on trends and other statistical techniques. This model is used to anticipate future courses of action based on the assumption that future difficulties will be similar to those previously encountered or that a future problem will be similar to the confluence of numerous existing problems.

Consequently, machine learning comprises the majority of AI but cannot guarantee development in all circumstances. No one can claim that we have found and examined every imaginable technology and circumstance. The universe (space and time) is vast, and (perhaps) an unlimited number of scenarios are imaginable. Until we overcome this barrier of infinite, our AI will be restricted at all times.

These include serving robots, industrial robots, checker and chess games, etc., while machine learning performs tasks that can be predicted by the data they provide. Machine learning allows machines to check records to act on new ones. At the same time, the goal of Artificial Intelligence is to give computers the smartness to work and act like humans.

To know the artificial intelligence vs machine learning difference in detail connect us today!