Can Artificial Intelligence (AI) and Blockchain be Combined?

Can Artificial Intelligence and Blockchain be Combined?

Artificial Intelligence (AI) is a widely used concept nowadays and it emphasizes to apply the theory and practice of building machines that are competent in carrying out tasks that need intelligence. On the other hand, blockchain is basically a new filing system, prepared for digital information, and it is capable to store the data in an encrypted and distributed ledger format. The data is encrypted and dispersed across several different computers; therefore, it facilitates the development of tamper-proof and highly robust databases. It is known that these databases could be read and updated only by people who have permission. The combination of AI and blockchain development may seem weird and difficult at the first instant but it is possible. Their combination is applied in a variety of applications. Below, you will get to know the details on how it can be combined, the benefits of their combination, etc.

Can AI and blockchain be combined?

It is true that AI and encryption function well when used together. The data that resides in the blockchain is extremely secure and it is known that blockchain technology is trusted less. This means that blockchain can provide legitimacy, excluding the interference of any confidential intermediaries. The data present inside the blockchain stays encrypted and AI works to improve security.

Additionally, blockchain can assist you to track, comprehend, and elucidate decisions made by AI. It is possible that decisions made by AIs are occasionally inexplicable to people. The reason behind this is AI systems are capable to access a huge number of variables independently of one another and they are programmed to accomplish the objectives.

It is found that AI can seamlessly manage blockchains than human. Computers operate at a fast pace and in order to operate with blockchain data, which is essentially encrypted, it is known that computers need a huge quantity of processing power. AI tries to move away from the conventional brute force approach, and it can handle tasks in a smart way.

Different companies are keen to combine AI and blockchain, and the reason being that they target to boost the security of systems by implementing major aspects of decision-making in the blockchain, instead of individual machine learning mechanisms. This implies that whenever a system that uses machine learning makes a decision, every factor responsible to make that decision, including the decision itself, are uploaded to a blockchain, and the same is being shared to all the parties. This, if any problem arises, the blockchain can be scrutinized, accompanied with the decisions utilized to recognize the root cause of any problem.

Apart from that, the implementation of smart contracts to automatically operate tasks when some preconditions are satisfied on the blockchain provides assurance in lots of AI-specific scenarios. For instance, many companies working in the insurance and healthcare industry are deciding to adopt smart contracts to approve claims or distribute information in a way which is reliable and proven. As an alternative of the conventional decision-making code present inside the black box on severing into the data center of the company, the particular decision logic is saved in form of a smart contract in a blockchain. This can be later scrutinized and assessed by the parties involved.

The blockchain system that is implemented in AI becomes a kind of log that can record what has taken place and the same can be reviewed after the fact. However, that cannot be utilized to clarify explain something before or when it happens. It is true that human operators would be incapable to scrutinize a decision prior it takes place unless this decision is made with sufficient time for the blockchain to record different activities.

Benefits of AI and blockchain combination:

Let’s have a look at the benefits of the combination of blockchain and AI:

The combination can interpret the decisions:

Blockchain works in a way that it can assist you to understand, track, and elucidate decisions made by AI. Decisions that are made by AIs can occasionally be difficult to comprehend. The reason is they are competent in evaluating a huge number of variables which are independent of one another. For example, AI algorithms are anticipated to be utilized in making decisions regarding whether the financial deals are fake, and whether should be investigated or blocked.

Occasionally, when the need arises, it is still essential to get these decisions inspected for accuracy by people. Based on a large amount of available data, it may seem like a complicated task. When the decisions are recorded, on a blockchain, on a datapoint-by-datapoint basis, it lets it easy for them to inspect. It also gives confidence that the particular record has not been interfered with amongst the information recorded and the beginning of the audit procedure.

Irrespective of how noticeably we can see that AI presents enormous benefits in different fields, if people do not trust it, its versatility will be restricted. It is known that the process f recording the decision-making on blockchains may seem a step forward to achieve the level of transparency and understanding into robot minds which will be required to get people’s trust.

Data stored on a blockchain is actually protected and appreciation for the same goes to the cryptography which is inbuilt in its filing system. This implies that blockchains are perfect for holding the sensitive and confidential data which, when intelligently processed, can facilitate convenience in our everyday lives. For example, the smart healthcare systems can make precise analysis, depending on the medical scans and records obtained. Another example is the recommendation engines utilized by Netflix or Amazon to suggest what you may prefer to purchase or watch next.

It is assured that the data which is supplied into these systems, after getting assimilated from people as they browse or communicate with services is highly personal. The businesses dealing in it should invest a huge amount of money to fulfill the standards expected of them in matters of data security. Also, the large-scale data breaches directing to the personal data are loss are now common.

Blockchain databases are capable to store their information in an encrypted state. It is meant that only the private keys should be stored safely, with a purpose that all of the data on the chain remains protected. It is known that AI has lots of things to offer, in terms of security. The development in this field is related to building algorithms which are competent in operating with data while it is still present in an encrypted state. Any portion of a data process which encompasses exposure of unencrypted data signifies a security risk, so decreasing these occurrences can assist to make things much safer.

More competent artificial intelligence could be perceived and higher quantity of data could be processed using the decentralized Blockchain technology. This technology makes use of decentralized digital ledger that works to hold the data in sequential order. In order to understand this, for example, it is used when sharing data across the participants in the network like the web.

High level of trust and tolerance:

AI and blockchain must be improved with a trust in a way that it will give power to the technological world. In order to operate a machine-to-machine intelligence, it is found that there is a level of trust encompassed. Moreover, the implementation of a bitcoin deal in blockchain too demands trust.

Before several years, computers have been extremely fast in operation, but they were very stupid. In absence of clear instructions on methods to perform a task, it was true that computers cannot get the task done. This implies that because of their encrypted nature, processing with blockchain data on the traditional computers needs huge amounts of computer processing power. To understand this, for example, the hashing algorithms utilized to extract blocks on the Bitcoin blockchain adopt a “brute force” methodology which successfully tries out every combination of characters till the time they find the correct match that suits the which transaction verification.

The concept of AI is an effort to move away from the discussed brute force approach, and handle different tasks in a smarter and thoughtful manner. For instance, if a human is skilled on cracking codes, they would become more competent at code-breaking when they crack more and more codes, getting success most of the time, throughout their career. Exactly in a similar way, a machine learning-powered mining algorithm is capable to deal with its job efficiently, rather than taking more time to become a skilled one. If this algorithm is being supplied with the appropriate training data, it could immediately hone its skills.

A decentralized database is the one that insists on laying importance of data sharing between different clients on a chosen platform. In a similar way, AI relies on big data which is held in the internet of things. It is assured that the accessibility of tremendous data facilitates prediction, analysis, and evaluation of machines and therefore the algorithms generated would be efficient.

The work is going on in the direction to combine AI and blockchain. The hurdles in the path are getting discarded and the combination has application in a variety of fields. If you are looking to hire developers for your AI & Blockchain project 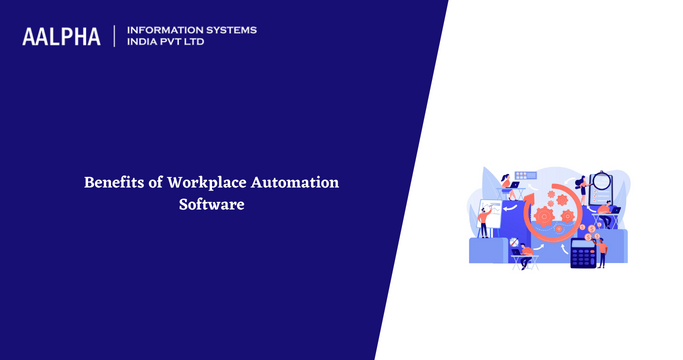 The Benefits of Workplace Automation Software

You need to work efficiently at some time to save expenses and gain from increased production. However, such objectives could be challenging to accomplish manually and individually. For this reason, workplace automation may help you enjoy the best possible employee experience. In addition, employees may avoid time-consuming and tedious jobs using workplace automation. Therefore, it is crucial to comprehend what workplace automation is, how it functions, and how it may help you and other employees in the company. Such knowledge will help you and your team at a given workplace handle every operation smoothly. But before we delve deeper, let's… 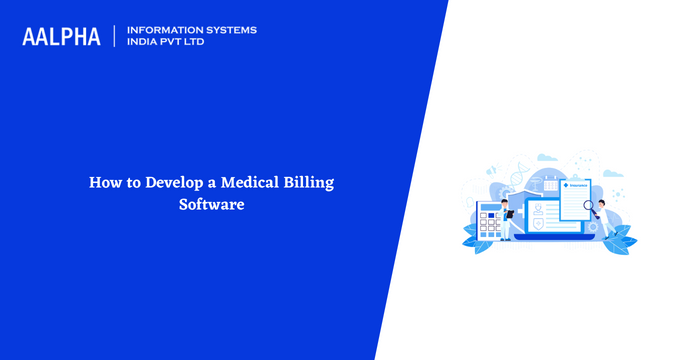 How to Develop a Medical Billing Software

Among the essential aspects of the health sector is the ability to manage medical transactions and costs. Therefore, different medical institutions are working effortlessly to ensure the simplification of the billing process. If the billing process is a challenge to any institution, then there is an excellent possibility for the institution to incur losses. It might be challenging to comprehend and account for each bill initiated in the health sector without effective administration of the billing systems. Because of this, every healthcare facility needs billing software that makes it simple to manage medical costs. With so much patient data and… 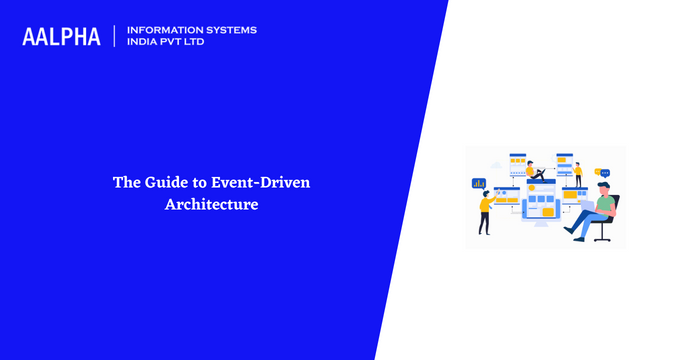 The Guide to Event-Driven Architecture

There are several patterns and architectures used in software design. Event-driven architecture is one of these designs. Decoupled apps can concurrently publish and subscribe to events using an event broker, thanks to the architecture's trend. The majority of businesses have seen progress in many areas because of this architecture. The architecture enables IT professionals to create systems that support authentic information exchange across networked devices, microservices, and applications. As a result, even as activities occur within the business, information is sent between the entities. In most of this architecture's procedures, an event broker assumes a more significant role. It acts…