Why You Need Python in Software Development Project

Have you ever heard of Python? Do you know how it works and why it is critical to the development of software? This article will review Python in-depth, the whys, and the how-to give you all the answers you require. Hence follow along and let us venture into this incredible and versatile language.

For starters, Python is a great programming language developed by Guido Van Rossum back in the nineteen-eighties. We term the language as outstanding due to its great features. Since the eighties, this language has grown from just a simple scripting language to a reliable and mature language with community support and extensive libraries. Python has grown in terms of usage bearing more and more users almost every day while retaining consistent users. To put it in black and white, Python overtook java back in October 2021 to become the top-most programming language worldwide, impressive.

But what has made Python super popular? And how does Python withstand the changes that occur almost every day in the tech industry? Well, let’s dig deeper into this article to find out.

What exactly is Python?

Well, Python can be defined as a high-level, interpreted, object-oriented programming language bearing dynamic semantics. Now let us break down those complex terms:

High-level language – a language termed as high level means that it implements substantial abstractions from the computer’s instructions.

However, all these technical terms should not scare you off, as Python is pretty easy to learn and use. What’s more, this programming language is multi-purpose and dynamic, earning the name “universal language.”

The Growth of Python

The development of Python has mostly been based on the fact that it implements a pretty easy-to-implement English syntax that almost anyone can use. The syntax is so straightforward that Python is the most recommended first-children software programming language. But even with this incredible simplicity, Python is pretty efficient in task completion and can be implemented to complete complex tasks. Due to these features, Python has grown immensely over time, reaching great heights.

Does implementing Python for software development bear advantages over using other programming languages? Well, Apart from the fact that Python is a “universal language.” Therefore it can be implemented to solve a lot of problems. Python bares more advantages that include:

Python implements an English syntax which makes it pretty easy to work with; the language is also pretty versatile.

Python has an extensive guide, tutorials, development forums, and courses which all merge to create a vast support system for python-users.

As a widely used and well-established language, Python has libraries that are well maintained and a pretty robust framework. Due to these features, Python can streamline the development of so many software needs ranging from machine learning to AI, games, and websites.

Due to its simplicity plus libraries that are well supported and the fact that it is object-oriented, Python lets users develop prototypes pretty rapidly. Using Python, you get from just an idea to a great prototype in no time.

As stated above, Python bears a pretty vast support system plus an extensive coding community. Combine this with the well-established libraries and frameworks, and you get a pretty dynamic language. Using Python, you do not start from scratch; you simply piece together. In addition to this, Python’s simplicity in terms of usage helps its users review and develop software pretty fast.

Python runs in almost any operating system, mac, windows, Linux, and so on.

Although Python can boost speed in terms of development, it being an interpreted programming language can bear overall speed issues.

Maybe you have heard of threads; if not, a thread can simply be defined as the execution flow from the start to the end. But well, Python does not support multiple-threading (multi-threading). However, it does support the multiprocessing of programs.

Even though Python is pretty effective, it isn’t native as per Android and iOS  programming, making the development of apps for mobiles somewhat problematic.

Python entails pre-made components which users can implement to accomplish tasks faster. Python bears a vast scope of tools, frameworks, and libraries for developers; here are the most used:

Python is used for so many things, which include:

Python programming language is pretty, robust, simple, and dynamic, so if anyone asks us, is Python worth learning? Then we would tell them, go ahead and see the wonders of this incredible language. We hope this article has answered all the questions that you might have had regarding Python.

Looking for Python development services? feel free to contact us today & get a free quote. 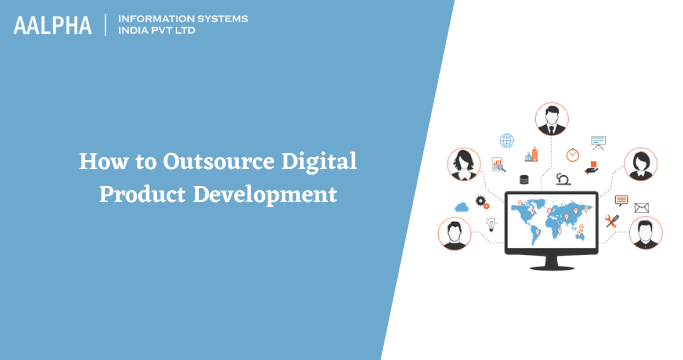 How to Outsource Digital Product Development

With the rise of rapid technological advancements, the entire technology sector has seen many companies incorporate more advanced features on websites and applications. Gradually, everything has developed to become more complex, and many organizations are now transiting to building more complex products through digital landscapes. Digital products are those that run services that are advanced and digitized. A thorough assessment of the tech field will define the greatest expectations customers have towards using more advanced products. On the same note, as the customer expectations rise, attackers are gaining grounds for exploiting digital products created without putting the necessary standards into…

What is the Difference Between B2B and B2C eCommerce

Are you looking to or already running an eCommerce venture? If this is the case, then a website becomes your most precious and valued tool for marketing. Before moving on to any other advertising strategy, you have to ensure that your site is well designed to suit the needs of your target audience. As an eCommerce entrepreneur, you can choose between two approaches towards conversion optimization, which vary upon the audience you are targeting. Is your eCommerce business running a B2B (Business to Business) eCommerce site? Or is your eCommerce business running a B2C (Business to Consumer) eCommerce site? After…

Tips For Getting a Top-Notch Programmer for Starting a Company

Finding a great programmer is a pretty challenging process, but this step is pretty essential. Remember that your future companies' software quality solely relies upon the experience and competence of the programmers that you hire right now. Hence once you choose an incompetent programmer, then the software produced via this programmer might be pretty bad, and you might end up losing a lot of money. Therefore, finding the answer to the "Where can a startup company owner find a great programmer for their project?" question becomes pretty essential. In this reading, we shall help you find, review and dig deep…