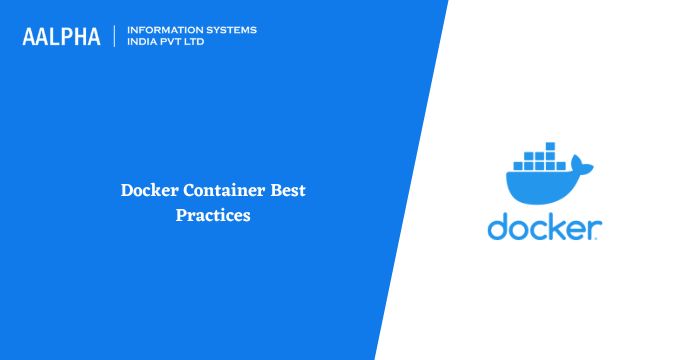 This is an open-source containerization platform that developers use to package applications into containers. The platform makes it safer, easier and simpler to build and manage containers.

Using automation and simple commands through a single API, developers can build, deploy an update and even stop containers.

What is a container?

This is a package of software that contain all elements it needs to run. They virtualize the Operating System and it can run anywhere, from a private or public cloud to even a personal computer. While they started as a Linux technology they can now be created on windows Os.

How a docker container works

It consists of the following:

This is a special file system that contains some configuration needed for running. Additionally, it provides the registry, program, and resources required to run containers. Since it does not contain any dynamic data, its contents don’t change after its built.

It is an isolated and secure platform. Docker uses them to run applications.

Docker images are stored here after an image is created it’s stored in the registry, which can be public or private. When later needed it’s just downloaded from the registry.

They start quickly and only require a small number of resources. Multiple containers running on one host machine can share the operating system kernel of the machine.

They can run on both Linux and Windows machines and infrastructures including bare metal servers, VMs, and clouds.

It isolates by default and decouples applications from their underlying infrastructures. In a faulty application, only its container is affected. The host machine is not affected.

We will further subdivide these best practices into five groups namely:

As time goes by, your application will need more scaling and your development will move from the traditional applications to microservices and you will essentially need containerization.

A clear and long-term vision is paramount as the teams will focus more on innovation to avoid challenges later.

The three main strategies for migration are lift and shift, rewrite, and augment. Teams migrating from monolithic applications achieve a “lift and shift” as they move from an on-premises model to a cloud. Selection of the right strategy is very important. Because an application consists of smaller units, to make the migration and containerization rapid and smoother, they should be packaged into something easily consumable.

The recent applications are easier to update and even maintain than the older ones. Which may bring the temptation of moving them first. However, decomposing older application parts that are causing pain in operations and later deploying the newer services as containers will be a better idea. This is because you will not have to revamp the entire application.

Below are some of the best practices for building containers:

Since containers have the same lifecycles as the applications they host, every single application should be in its container. So that the app starts when the containers start and stop when it stops.

Stateless apps are fantastic at horizontal scaling which is an advantage for modern apps. A stateless backend will remove the possibility of mutable states and long-running connections that make deployment of apps easy and with zero downtime

Although they are difficult to monitor, monitoring is essential in ensuring the availability, performance, and security of the workloads. A comprehensive approach is therefore needed to ensure greater visibility to provide remedies to problems before they reach users.

An image is central to containerized architecture.

Docker container images can be built in 3 ways commit, Docker file, and compose.

Keeping the images small helps to load them quickly into memory. To keep the image small one should;

Tagging helps in managing docker images of different versions since each tag conveys information on a specific image variant.

Users can locally pull and store new images in the registry. The docker register is highly scalable and distributes and stores docker images.

Find some of the best practices for operating containers below:

These are storage databases that remain available beyond the life of a container. Persistent volumes should be used so that data can be accessed even when a container is down.

Continuous integration /Continuous delivery frees you from redeploying everything and manual testing. When employed together with containerization it brings more benefits and flexibility to the entire process.

Some best practices to ensure container security are:

This can be done by scanning the container runtime, which will help in detecting potential anomalies and attacks.

This is a DevOps principle that allows vulnerabilities in software development to be tested in the early stages. This enables the software delivery processes to have flexible timing.

Container security policies should be established for the different container lifecycle phases.

Containers have many benefits, application portability, efficient delivery cycle, faster configurations, and resource utilization to name but a few. However, containerization even when applying the best practices still has its ups and downs. But by judging by its gaining popularity in recent years, it’s definitely the way to go.